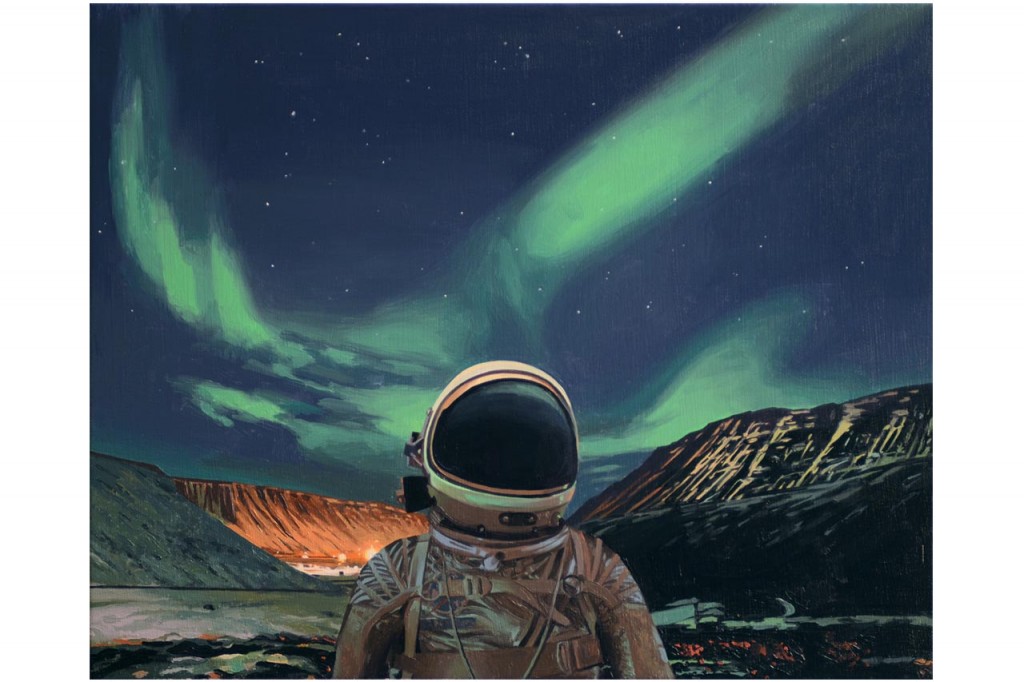 Scott Listfield is known for his paintings featuring a lone exploratory astronaut lost in a landscape cluttered with pop culture icons, corporate logos, and tongue-in-cheek science fiction references. Scott studied art at Dartmouth College, for which his parents have finally forgiven him.

After some time spent abroad, Scott returned to America where, a little bit before the year 2001, he began painting astronauts and, sometimes, dinosaurs.

Scott has featured in two of our past group shows (LAX/LHR, Reasons for the Seasons) and will have his first solo european solo show at the gallery in May ’16 titled ‘An American Astronaut in London’. 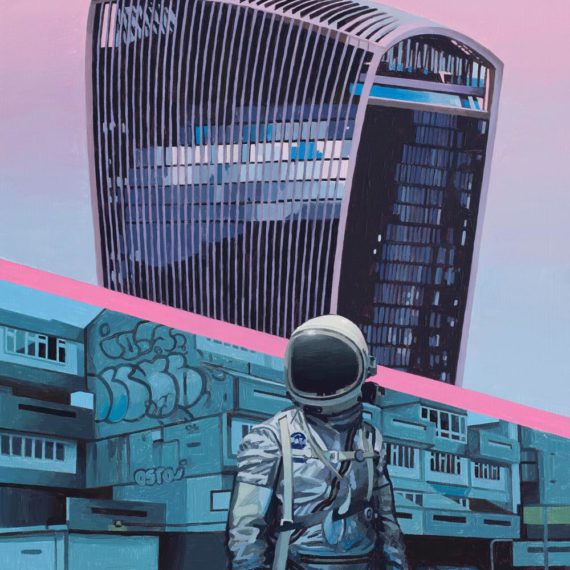 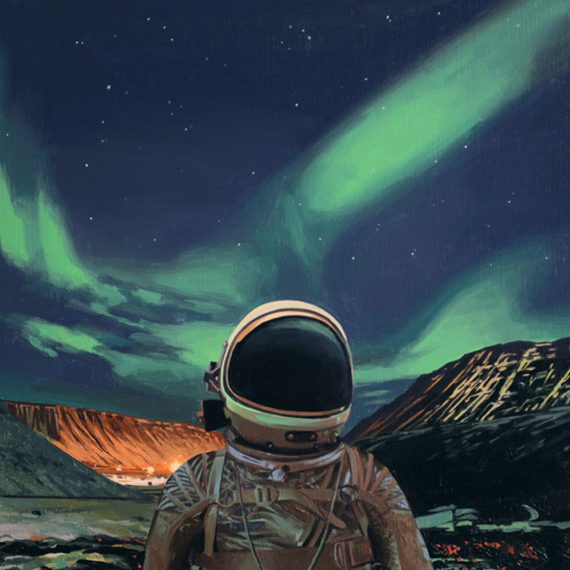