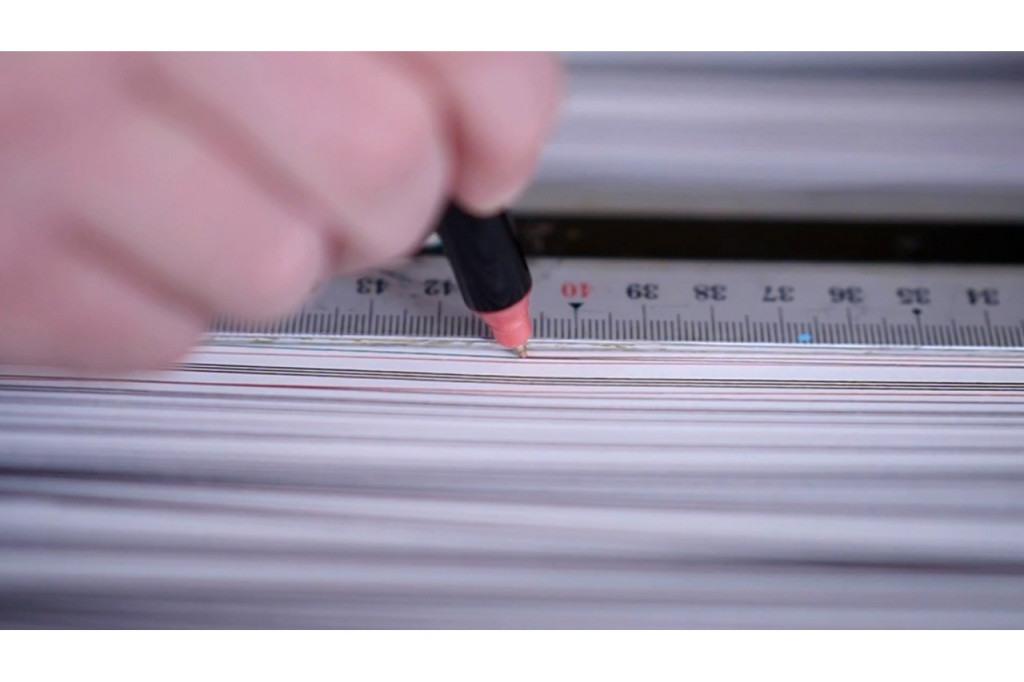 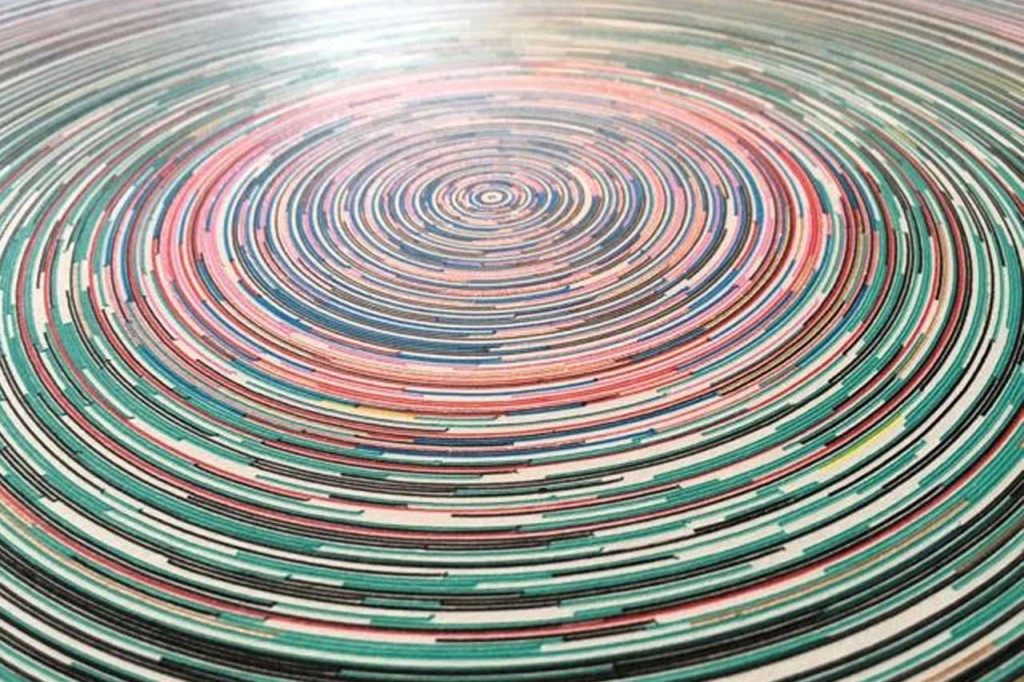 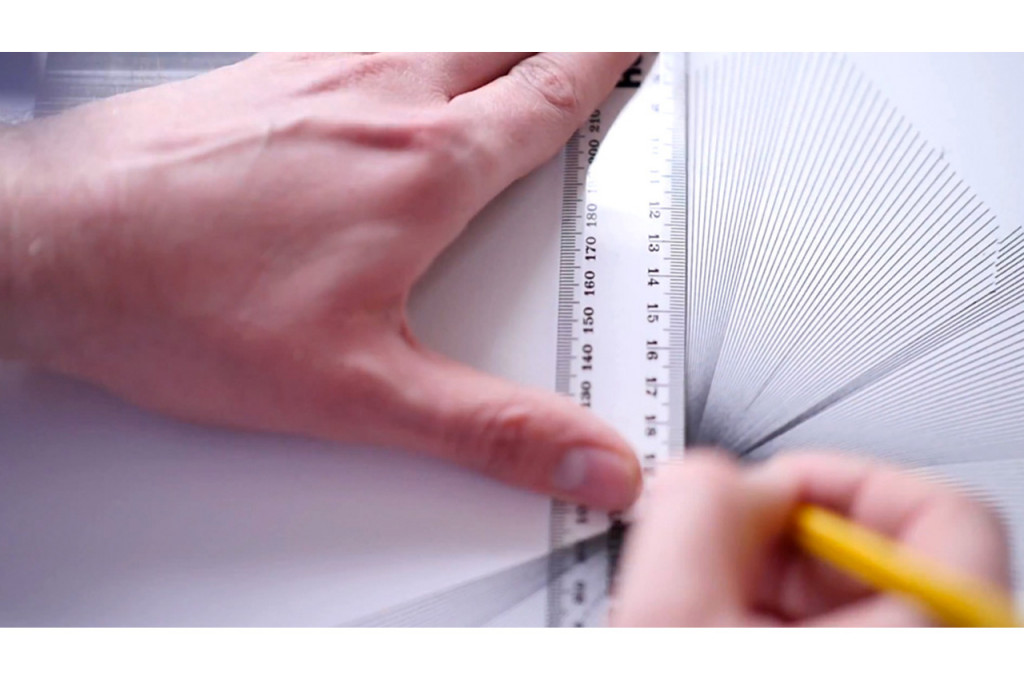 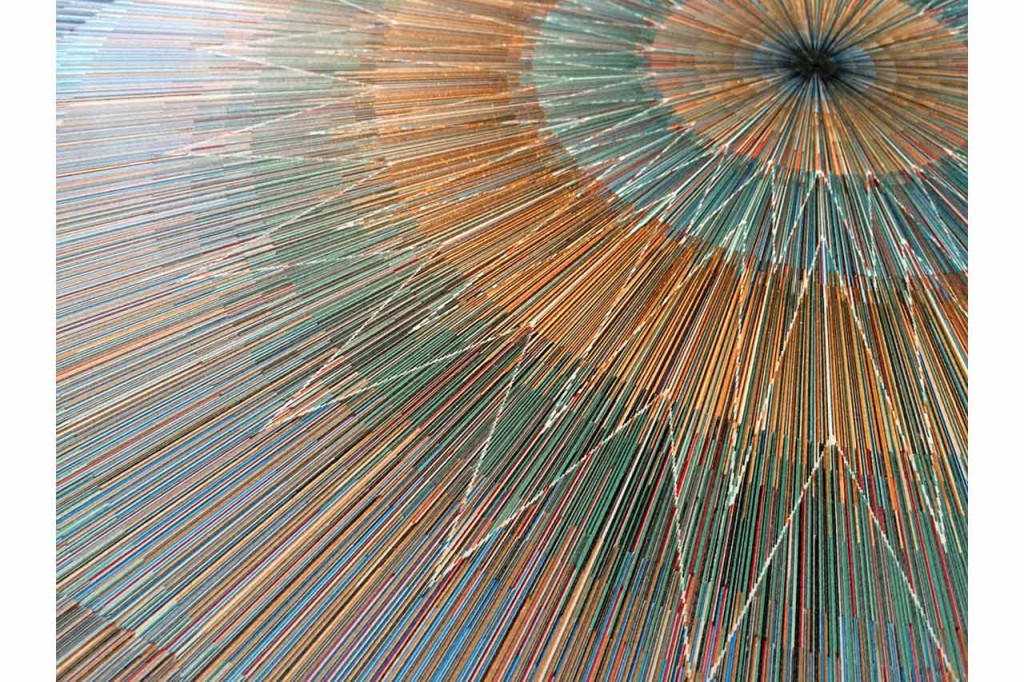 Stolen Space Gallery is pleased to present ‘Whirlwind Of Time’, a series of new works by the UK based artist duo Kai & Sunny.

It will be their 4th solo exhibition at the gallery and their first show in London since 2013 after solo shows in New York, San Francisco and Los Angeles. In conjunction with the exhibition, the artists will release a new print edition, and a series of 4 skate decks produced by Element available for purchase at the opening reception.

Kai & Sunny’s works depict stylised imagery of nature, reducing natural forms to beautiful geometric patterns. All the pieces are meticulously created with ballpoint pens and single lines, built up to create incredible complex images. Using a bright colour palette, this show of all new works promises to be as stunning as ever.

‘Whirlwind Of Time’ sees their longstanding collaboration with British novelist David Mitchell continue. David, author of Cloud Atlas, has written an exclusive short story for the show in direct response to the works.

Kai and Sunny have collaborated with Alexander McQueen, Shepard Fairey and have won numerous accolades, including a 2012 D&AD Design Award and a 2015 LIA award. Works by Kai & Sunny have been exhibited internationally at institutions such as Haunch of Venison and are included in the Victoria & Albert Museum Print Archive Collection.

Each original piece of work revolves around the passage of time. They explore the turning of tides, changing weather and time for reflection. This new series of works balances the serene with the intense, the fragile with the stable and the peaceful with the chaotic. Drawing on the infinite complexity found in nature and metaphysical contemplation, the works magnify and stylise the things that are plainly visible to us but are often overlooked.