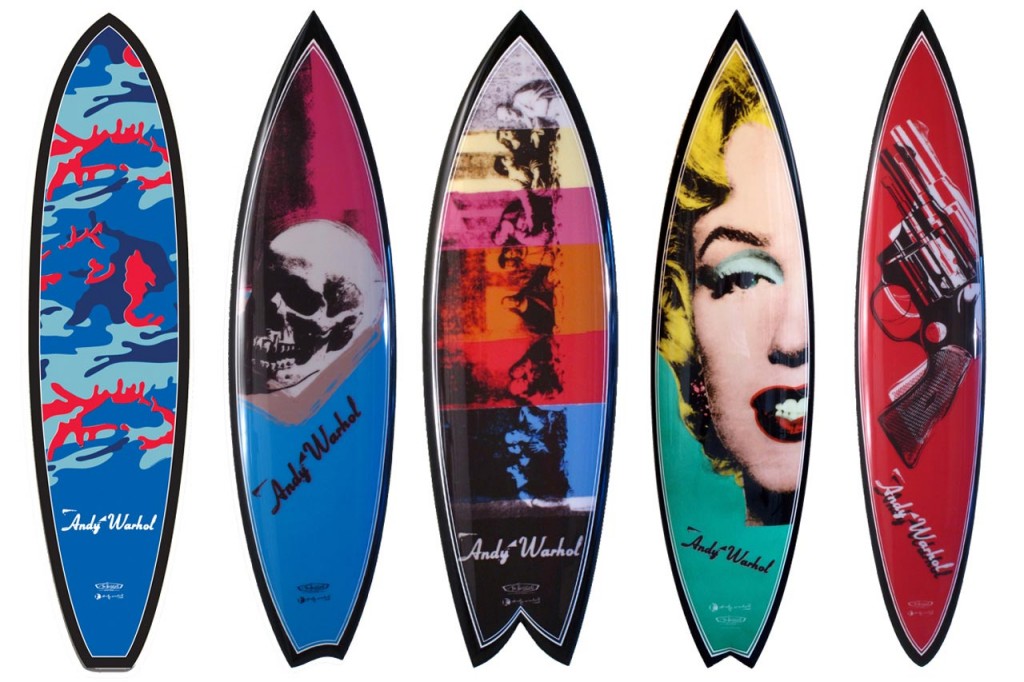 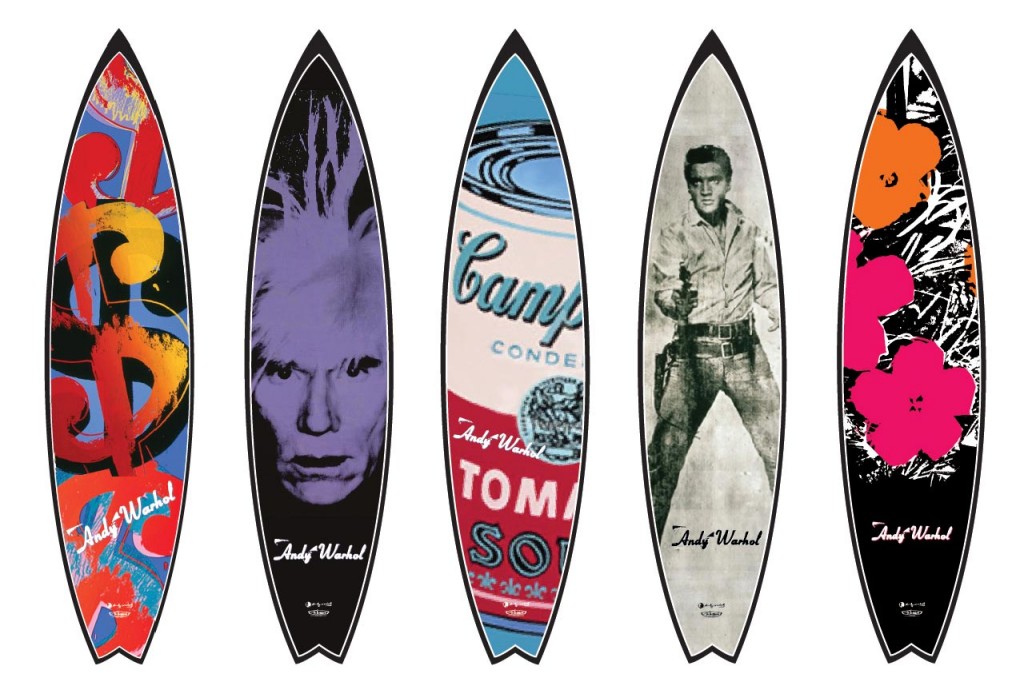 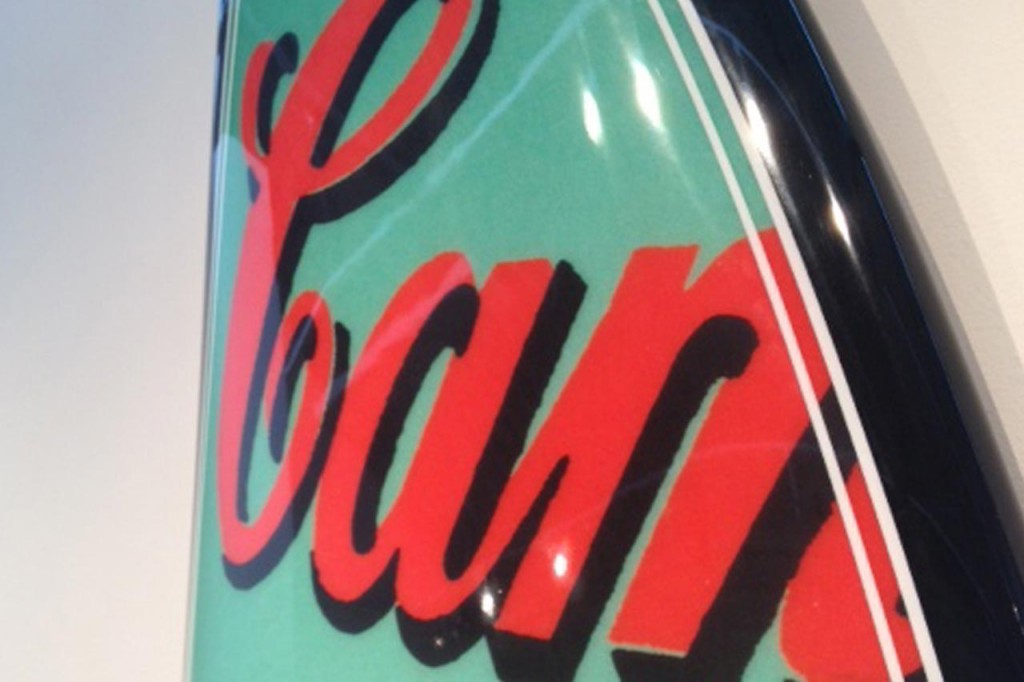 Andy Warhol Surfboards by Tim Bessell Bring Warhol’s movie “San Diego Surf” and his art together in perfect harmony. In October 2012, Andy Warhol’s 1970’s movie ‘San Diego Surf’ was released for the first time in New York City at the Museum of Modern Art. Timing couldn’t be more perfect with the release of the first series of Warhol Bessell Surfboards hand crafted by Tim Bessell.

The first series of Warhol Bessell Surfboards consisted of 5 boards representing Warhol’s art symbolically as it pertains to surfing.

To celebrate the release of the 2nd series, 5 more designs, we present an exhibition of all 10 boards. The Artist Series of all 10 Warhol Bessell Surfboards will be featured and for sale in this exhibition at Stolenspace.

Bessell’s Artist Series surfboards pay homage to famous artists he’s drawn inspiration from through the surfboards he’s become renowned for. Released in very  limited editions, these handmade works were released in collaboration with the Warhol Foundation, taking Andy Warhol’s graphics and combining them with his most popular surfboard shapes. Recently, one of these works sold at auction for $18,000 at San Diego’s Museum of Contemporary Art in 2012.

Contemporary American artist Tim Bessell is known for the distinctive handmade surfboards he’s created throughout his career, having shaped more than 46,000 over the course of his lifetime. Never one to be limited by a single art form, he has excelled with paintings, sculpture, furniture design, and even a clothing line.

One of Bessell’s biggest inspirations has been none other than iconic Pop artist Andy Warhol, having met him while studying art and architecture at San Diego State University. In turn, Bessell’s recent collaborations with the Warhol Foundation were a natural progression for the artist.

“Andy lived down the street from me in La Jolla in 1967 when I was 10 years old and he was producing the San Diego Surfer movie. As I was growing up, my mom who was an artist was always pointing out Andy Warhol’s art to me. In college, Andy Warhol was one of my idols in the pop art world.

I have been shaping surfboards since I was 13 years old. At age 18 I was at the top of my game. Carl Ekstrom, who was a good friend of mine who had sold 2 of his surfboards to Andy Warhol in 1967, had cultivated a relationship with him. When I was invited to New York City by Gary Binko who was a film producer, Carl told me to tell Andy hello if I saw him.

Gary’s older brother was a PR agent for the Playboy Club and invited us to the grand opening of the club in Manhattan. Andy Warhol was there hanging out with 5 models when I walked in with my friends. They all dared me to walk up to him and introduce myself. I was so nervous, but I did it! I walked up to him and said that we have a mutual friend, Carl Ekstrom. That opened the floodgates with Andy and after that evening he invited me to Interview Magazine and we had 2 meetings with each other.

Many years later, in 2012 I had the idea to start making Warhol Surfboards so I contacted the Andy Warhol Foundation and after submitting my plan, they approved the license.”