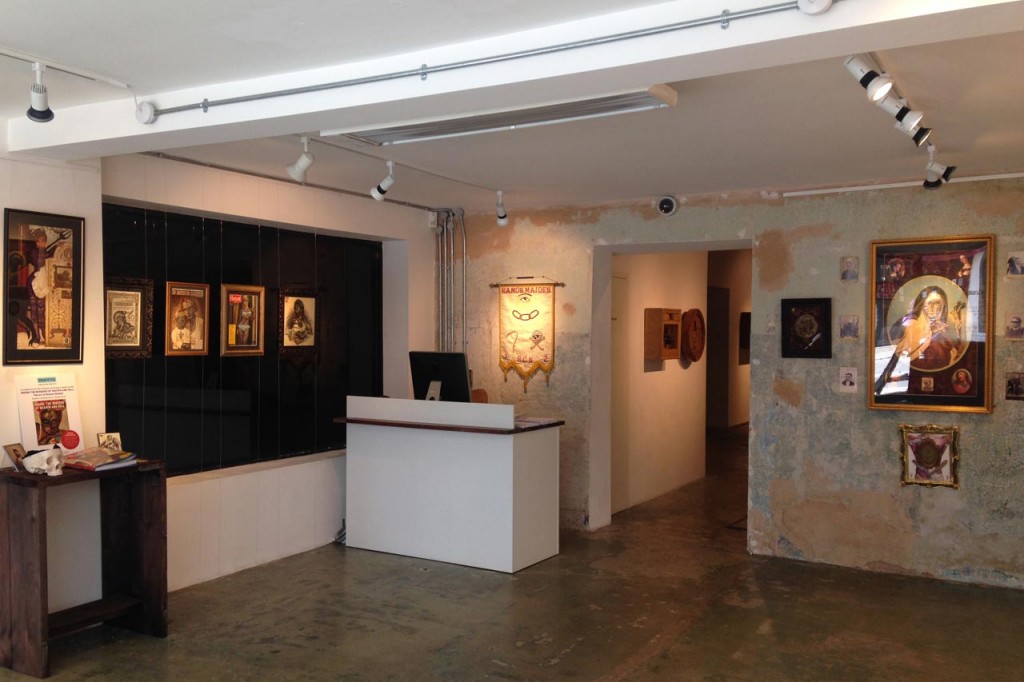 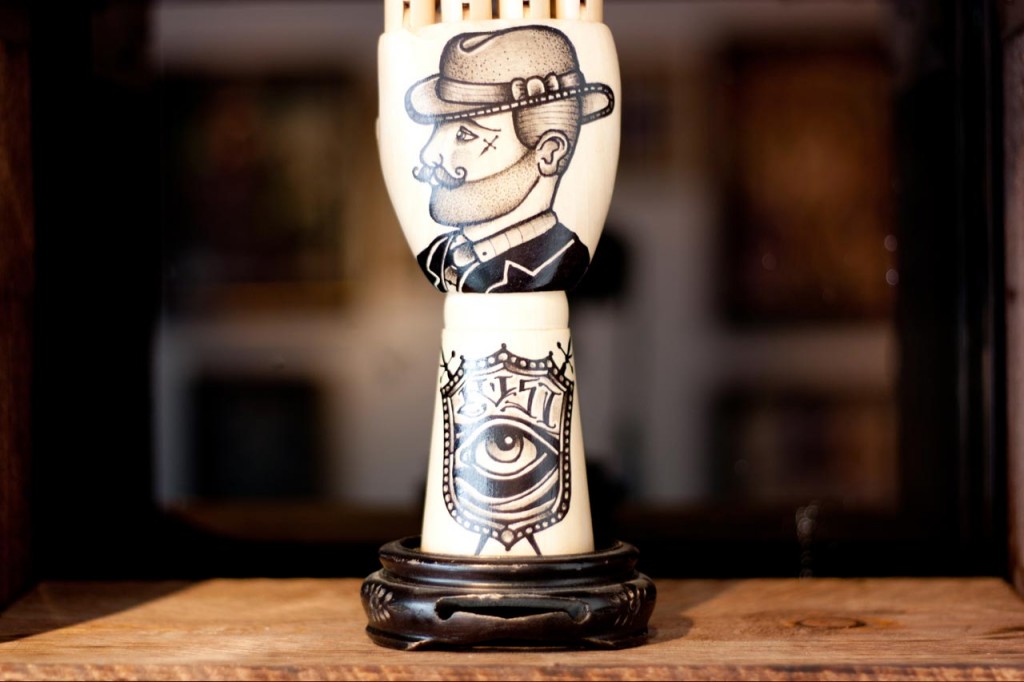 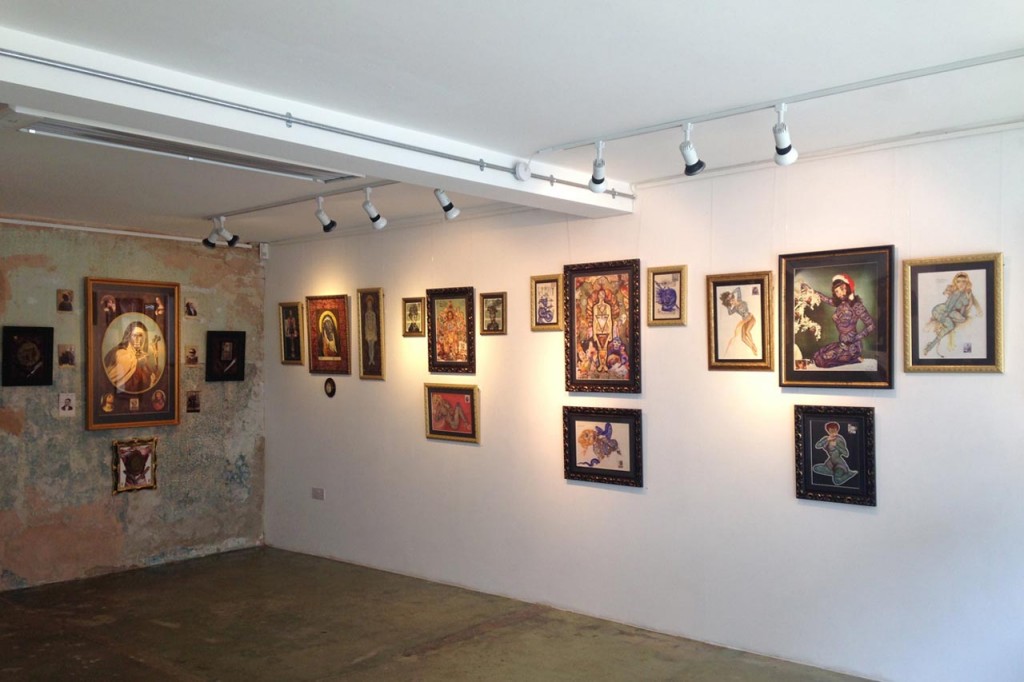 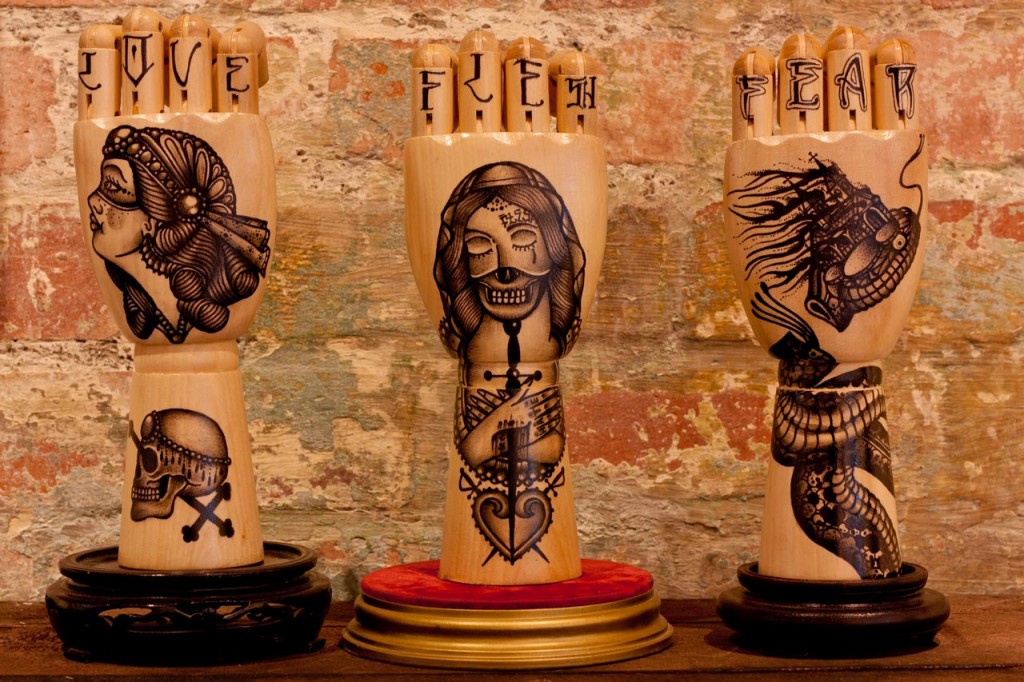 Ramon Maiden is an illustrative artist who creates work that not only looks aesthetically pleasing, but also delivers an underlying message and purpose to its viewer. Each photograph or image Maiden collects is transformed for a reason. From the famous Vargas pin-ups, vintage postcards and calendars, to holy Saints and religious characters. Sometimes his reasoning has social, political or religious influence, yet at other times it is solely to reference Maiden’s own opinions of society drawn from his childhood. Ramon Maiden updates and modernises historical figures, tattooing them on paper in order to give them relevance in todays ever-changing society.

Maiden was born and raised in Roquetas – the Bronx of Barcelona – a working class neighbourhood located on the edge of the city’s limits. Throughout the 80’s and 90’s it was known for it’s high levels of crime and nonconformity. Even as the Olympics were catalysing the resurgence of Spain’s wealth, the economic situation at the time was far from optimal here, and heroin did a lot of damage. It was considered to be both the birthplace and the breeding ground of the Barcelona junkies (‘kinki’s’); the authentic junkies, the one’s that truly had nothing to live for.

They were the scruffy, tracksuit-clad, women-watchers. They were the Spanish ‘Robin Hoods’ – but they took from the rich and gave to themselves.The neighbourhood thugs had very particular laws of camaraderie, the main being that there would be no stealing to occur in their own neighbourhood; they were the true dandies.

“I don’t care about the good manners of high-lineage. What attracts me most are similarly humble and loyal people who can stand and fight their ground in the same way as I did. People like my grandmother – Rest In Piece – she had nothing. She was born a ‘delinquent’ in a hostile territory, unable to read, yet managed to self-educate and, in turn, raise her entire family.

With “TURBO FAITH, LADIES OF THE NIGHT AND DANDY DELINQUENTS” I want to show the beautiful side of my childhood Robin Hood’s. The elegance of those who were forgotten.”