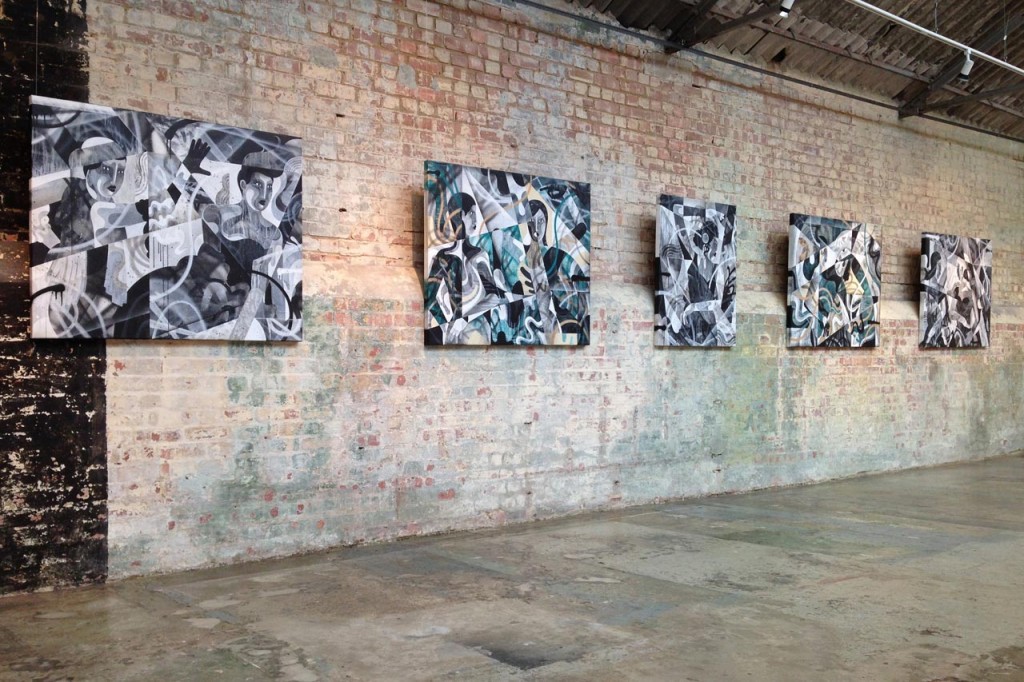 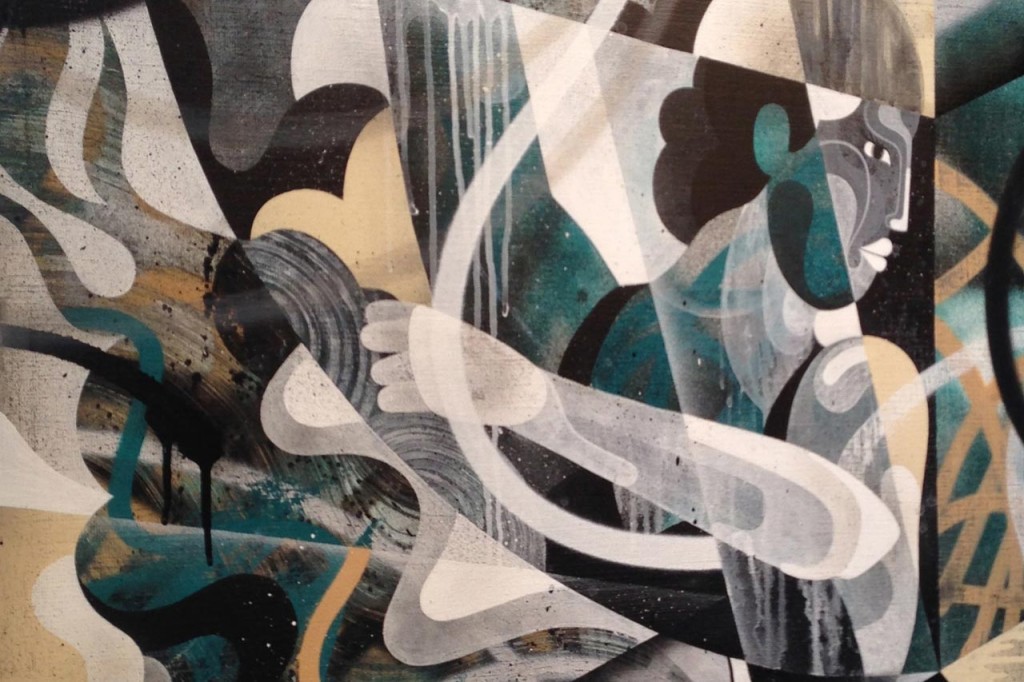 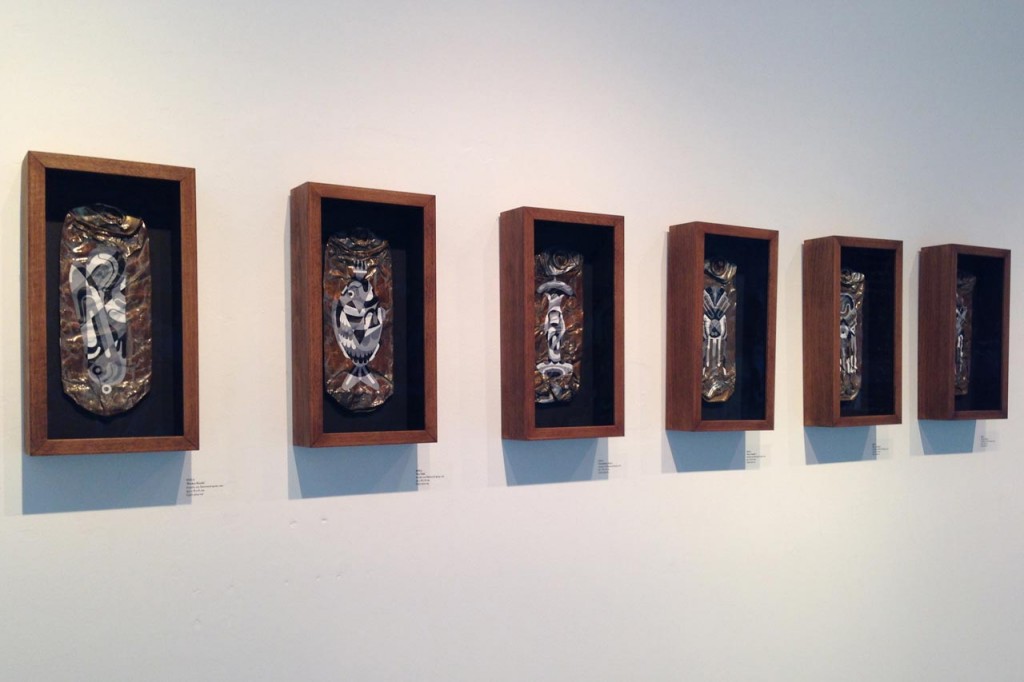 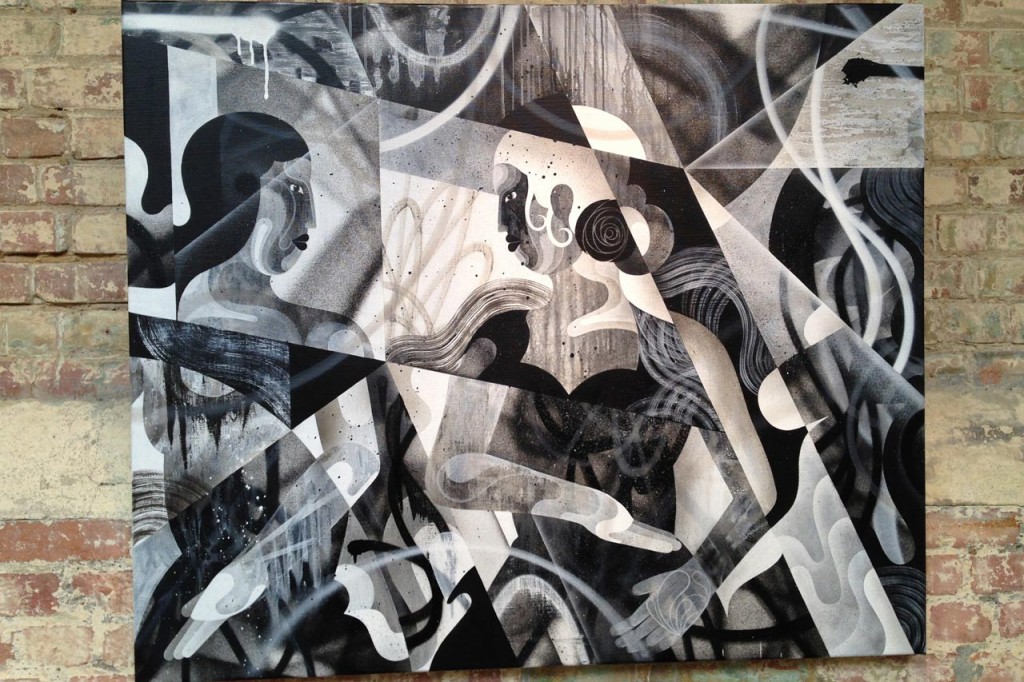 Trip The Light is the latest solo exhibition by Melbourne-born, Berlin-based artist James Reka. Exploring the splendor of the female form in dance, his deft brushstrokes and fluid lines create a hypnotic dynamic movement that prances between his canvases. It is Reka’s London debut and his first solo show at Stolenspace Gallery.

First referenced in John Milton’s 1645 poem L’Allegro, to “trip the light fantastic” alludes to those who dance without inhibition. Sashaying and cavorting across the canvas, Reka’s female forms writhe with delight, moving to a silent rhythm from influences as diverse as Spanish flamenco guitars to the grimy clubs of Berlin’s inner East. Born and raised in Melbourne, Australia, Reka’s mother was a professional ballerina who once danced with the Russian ballet. The back alley German discothéques he now calls home could not be further from his upbringing in either geography or style, yet this fusion of elegance and grit is what draws audiences so passionately to his work.

Using a multi-medium background that mimics the textured surfaces he paints on in the streets, Reka’s clean lines and confident figures swagger off the canvas in the same way that the eye is drawn to the singular unrestrained dancer in a room full of two-steppers.

They duck and sway in and out of monochrome darkness. His figures are enveloped within the movement of the painting, totally immersed in their own bliss while still projecting overt sensuality. They are the sirens of the nightlife, taunting and tempting the viewer to come and become lost in their fantasy.

A series of painted found objects accompany these 10 large canvases – Reka has become known for his series of repurposed readymades. These rusted spray cans, bottles, pans and other miscellany are often found on his many scavenges around Berlin’s abandoned warehouses. By taking the tools of the artists before him and repurposing them into new works of art, he is carrying the tradition of the street in the contemporary world.

Reka’s work has recently been exhibited in Stroke NYC, Melbourne and Denmark, and he has partaken in festivals around the world from Montreal to Hawaii. His work appears on walls and private collections in Tokyo, San Francisco and Paris, including in The National Gallery Of Australia’s permanent collection.