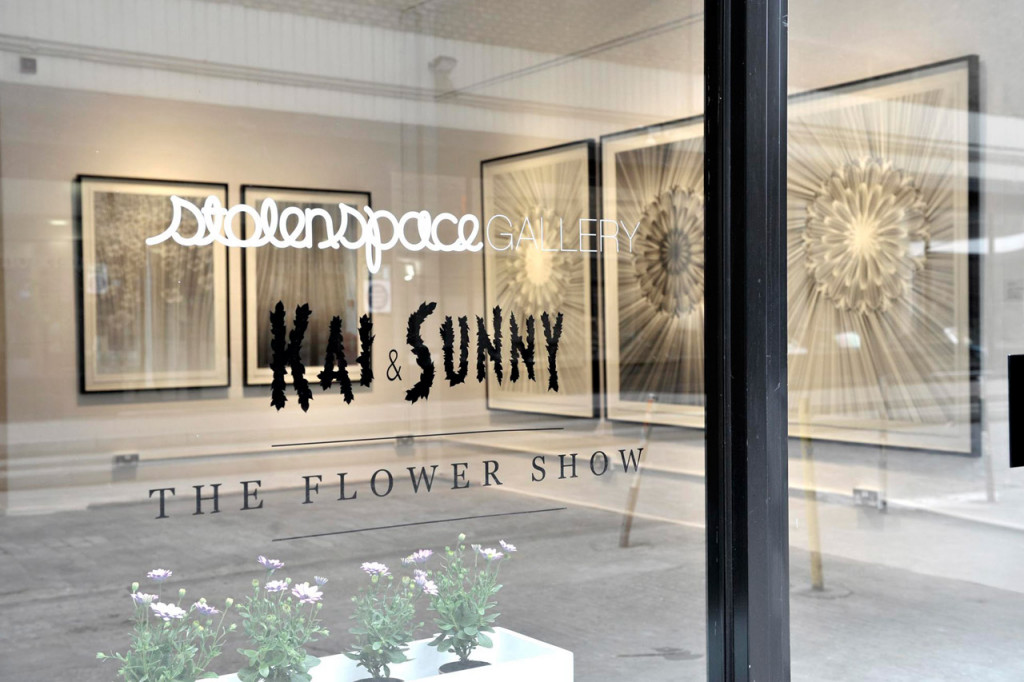 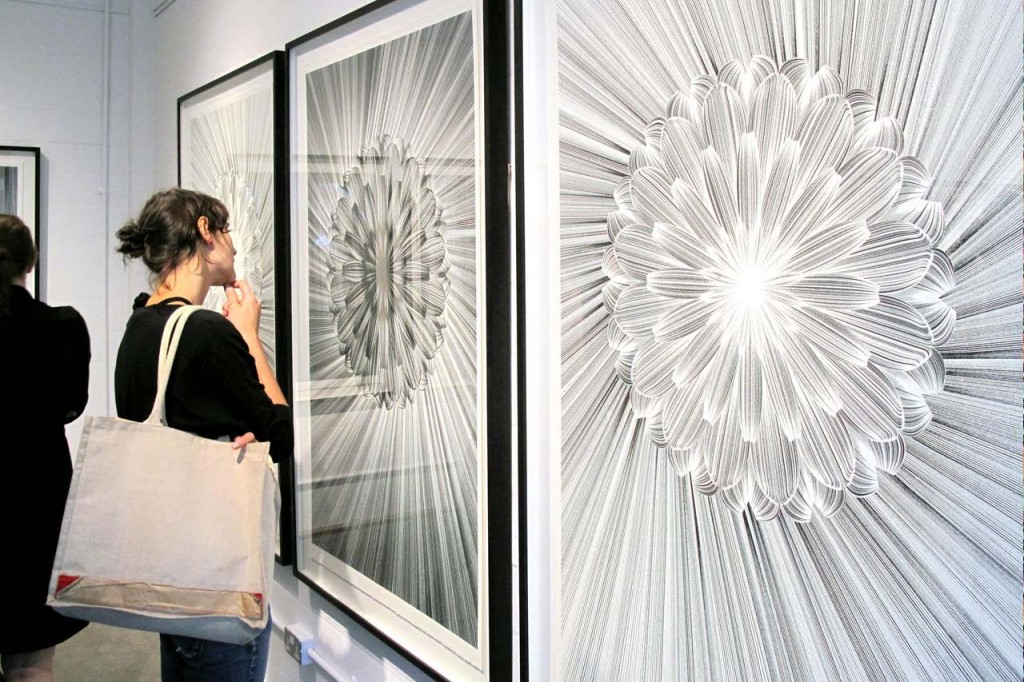 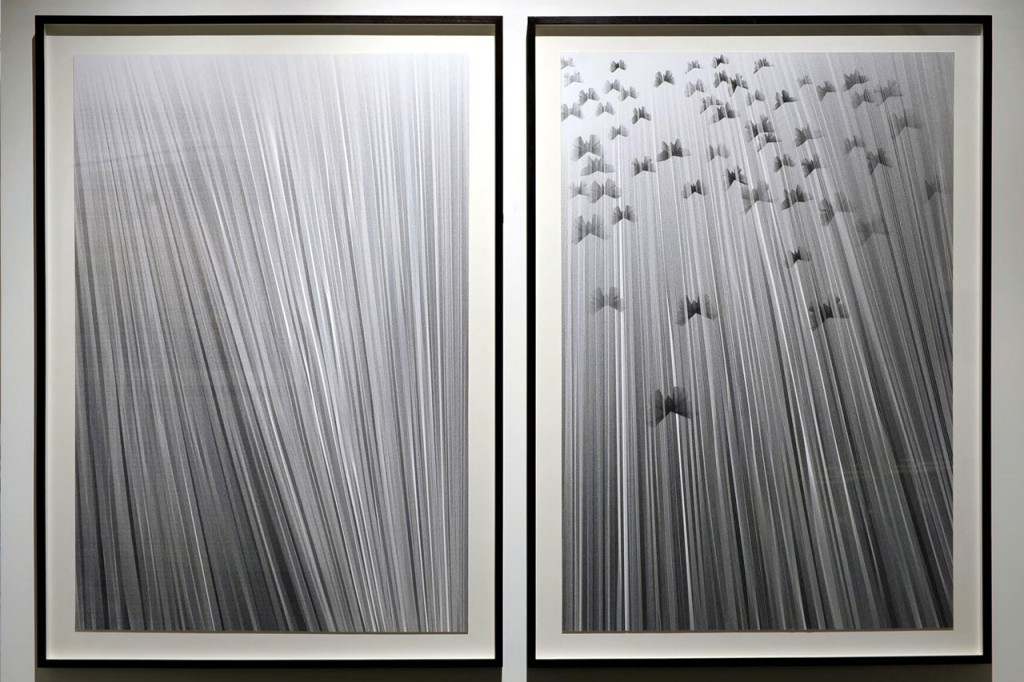 The work of Kai and Sunny appears in many arenas of art. They have won numerous accolades including a D&AD award in illustration/design. Their intricate, natural and sometimes sinister design style has earned them commissions for David Mitchell book covers, art direction for Alexander McQueen and advertising campaigns for global brands including Adobe and Apple.

Their new exhibition, ‘The Flower Show’, follows the success of previous sell-out solo shows: ‘What A Wonderful World’ (2009) and ‘Return To The Wild’ (2010) at the Stolen Space Gallery, London, and their continued collaboration with Daydreaming with… James Lavelle at Haunch of Venison, London (2010).

The new show features a series of monotone works, highlighted in glittering silver, which explore the word ‘flower’. These include large-scale, silkscreened images which illustrate the complexity of the flower. This latest work demonstrates Kai and Sunny’s continuing intricacy and connection with nature but also shows a developing maturity and intensity.

As part of the exhibition, the duo are releasing an A3 limited edition box set containing five letter-pressed images from the show. This set includes a new short story written exclusively for these images entitled, ‘The Gardener’, by the Booker-prize nominated author of ‘Cloud Atlas’ – David Mitchell.

“There is something truly inspiring and engaging about the work of Kai and Sunny. The constant challenging and questioning of their own authorial practice has led their work to naturally evolve into a rich and intriguing visual language. Elegant, lyrical, at times unnerving, their imagery is capable of delivering deep narrative structures or simply comforting the viewer with ethereal abstract forms,” said Ben Cox – managing director – Central Illustration Agency.