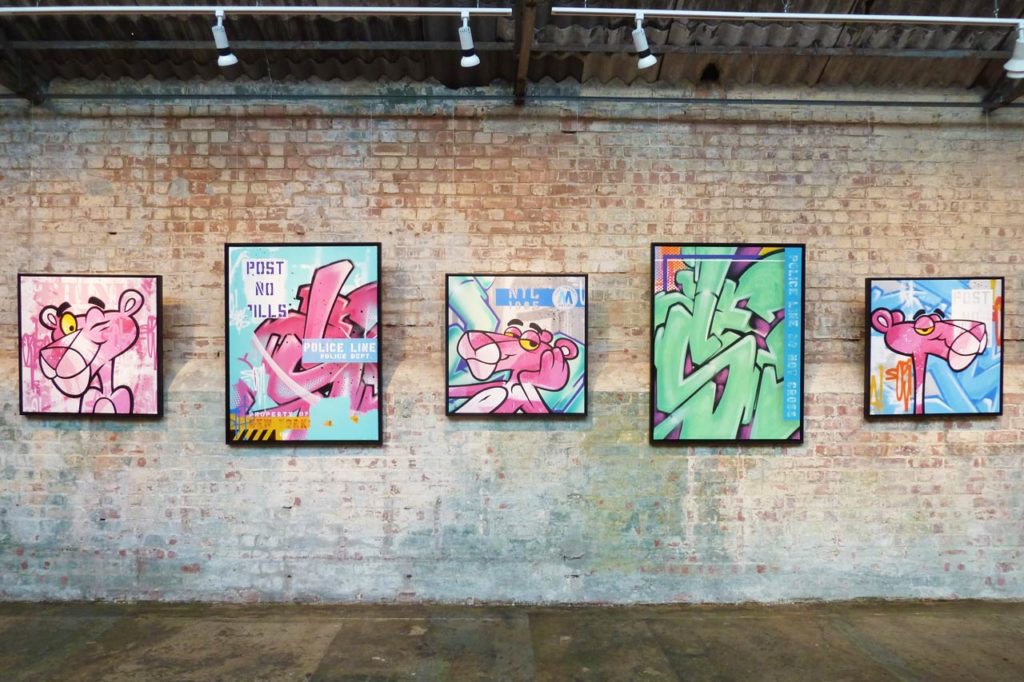 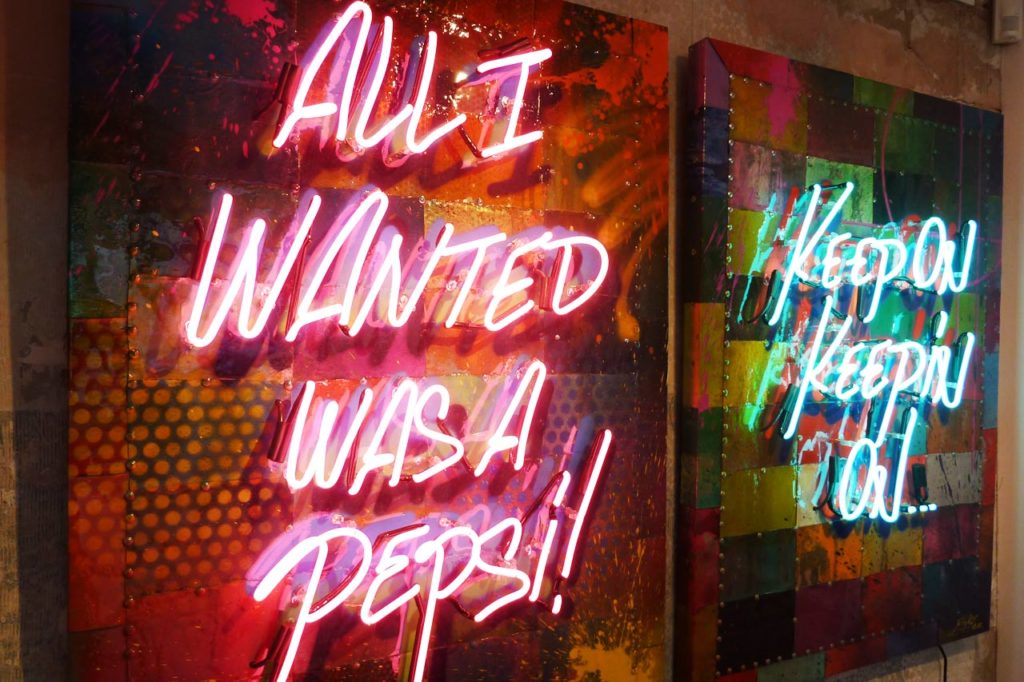 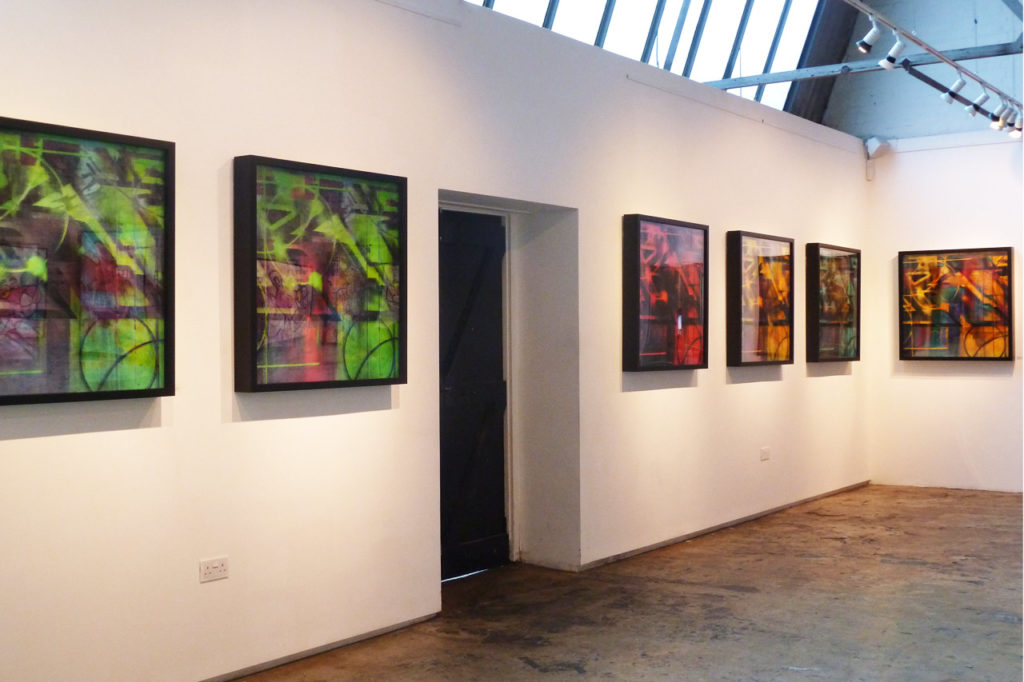 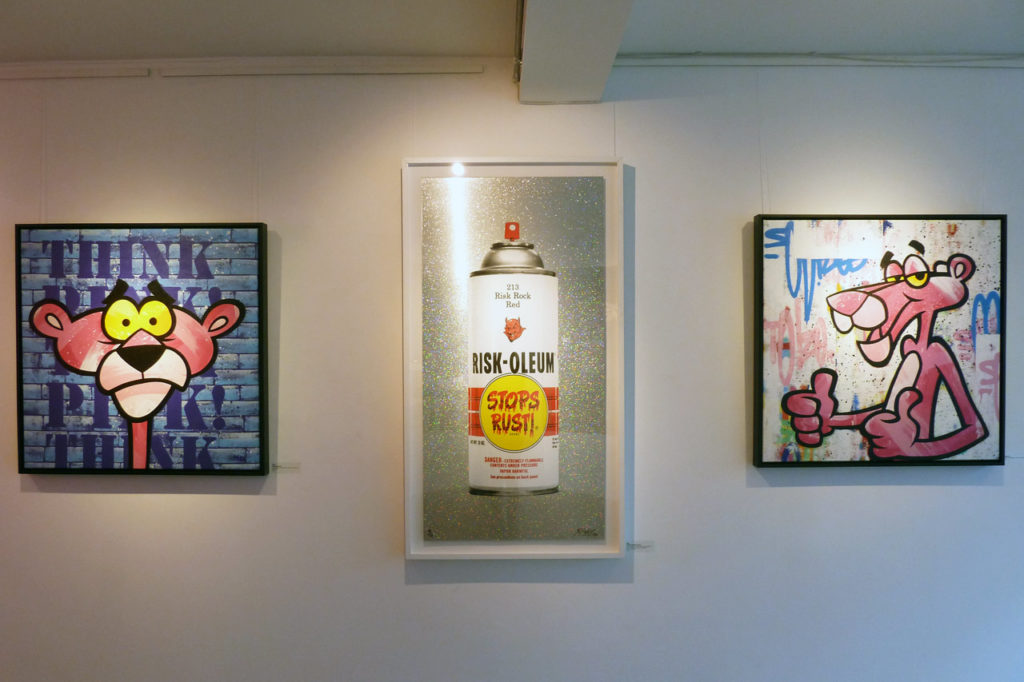 StolenSpace is delighted to host two of the graffiti world’s most prolific contributors, SEEN and RISK, as they make their long awaited return to the UK in the form of their latest collaboration, ‘Misery Loves Company’.

With a combined career total of almost 80 years, SEEN and RISK are considered grandmasters of graffiti, fundamental in shaping the medium as it is known today. Born and based respectively in New York and Los Angeles, each possesses a distinct and pioneering ambition that led their work to become integral to the cultural fabric of both cities. Whether blasted on the side of a New York subway train, brightening the gray concrete overpasses of LA, or even on the famed Hollywood sign, coming into contact with the work of SEEN and RISK was almost an inevitability of city life in the seventies and eighties. It was these dramatic feats that earned them the legendary status that they possess today.

Constantly striving to expand their practice, both artists originally made the transition from the street to the gallery during the 1980s, where they were shown amongst the likes of Keith Haring and Jean-Michel Basquiat. The vivid dynamism of both artists work translated well onto canvas, and without the time constraints that the streets had placed upon them, they were able to amplify the unique qualities of their work. Since then, SEEN and RISK have exhibited work across the globe and continue to prove the versatility of the spray can through a constant evolution of medium and style.

Whether capturing the icon of the comic book superhero, or creating sophisticated layers of lettering in the classic ‘Wildstyle’, the neon vibrancy that SEEN and RISK incorporate into their work never ceases to seize the eye’s attention. Now, coming together for ‘Misery Loves Company’, they celebrate not just their work and extraordinary careers, but also the friendship they have developed over the past few decades.

“The Show is called Misery Loves company because it is something SEEN and Myself seem to be saying to each other quite frequently. We have houses next to each other, both under construction, and both dealing with building department issues stemming from us doing things our own way – that seems like a common theme in our lives… every time one of us has a bright idea we drag the other one into it and end up saying…”misery loves company”.

This show encompasses our lives as so called celebrated artists, and the satisfaction we get from dragging each other down the rabbit hole.” – RISK, 2017