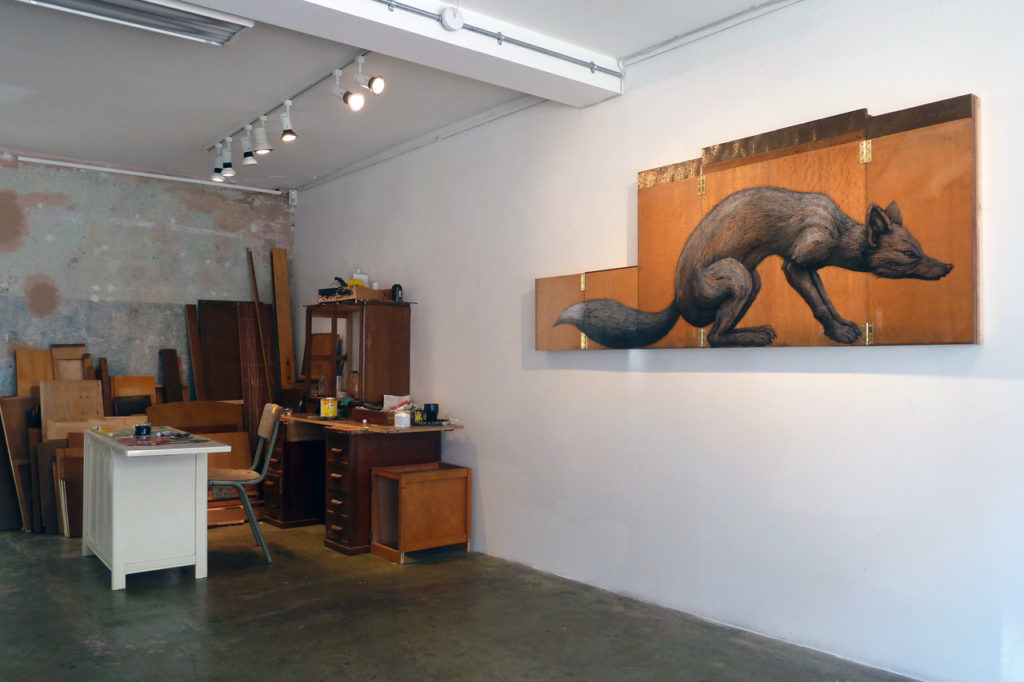 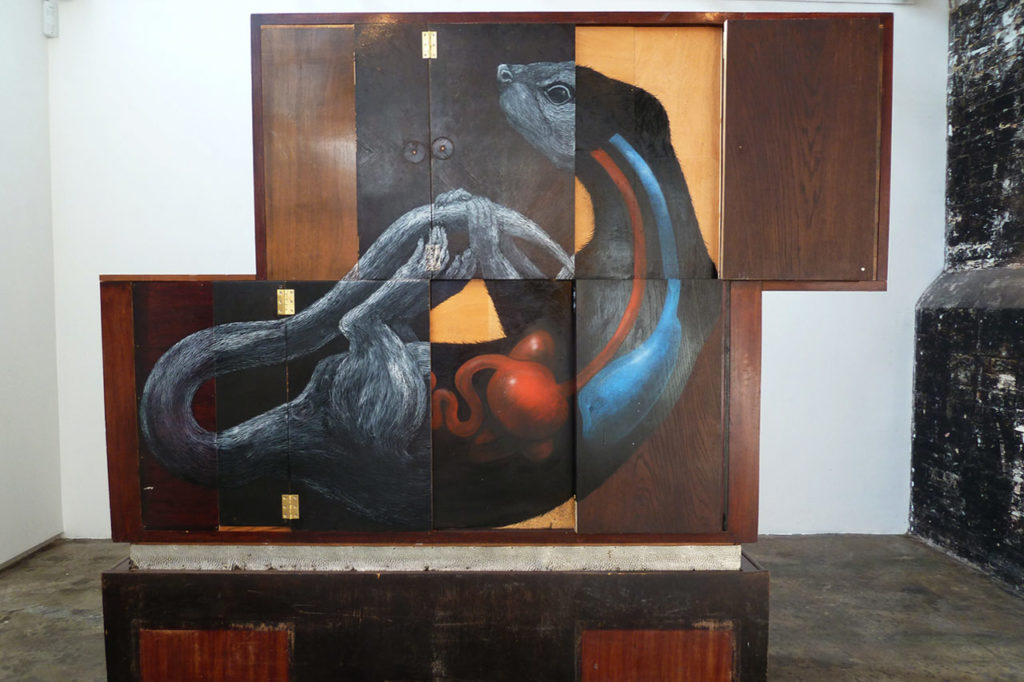 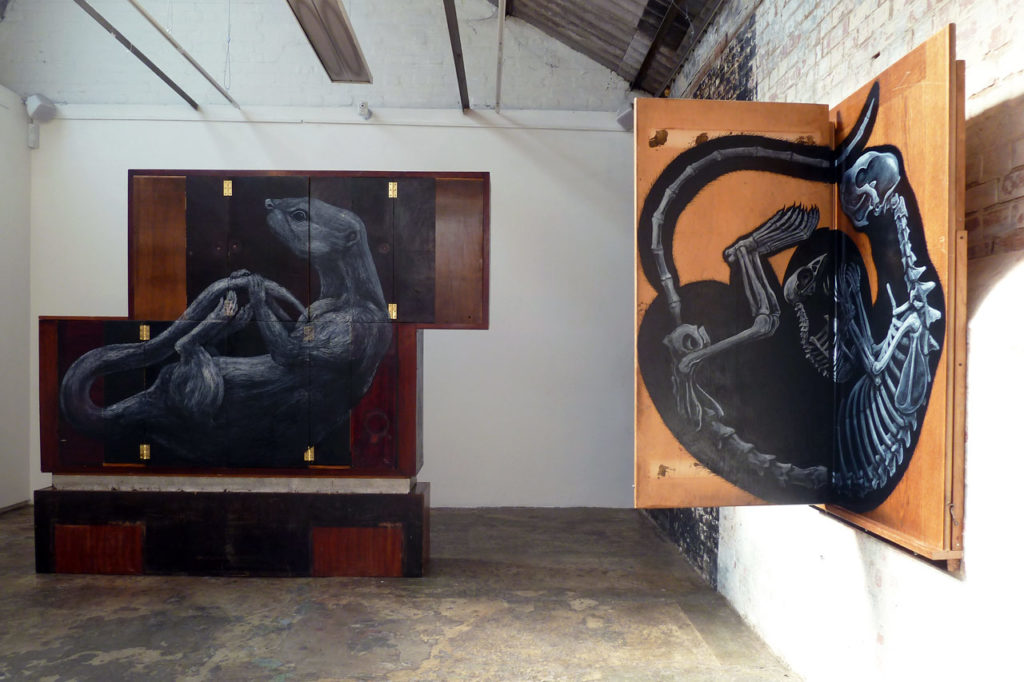 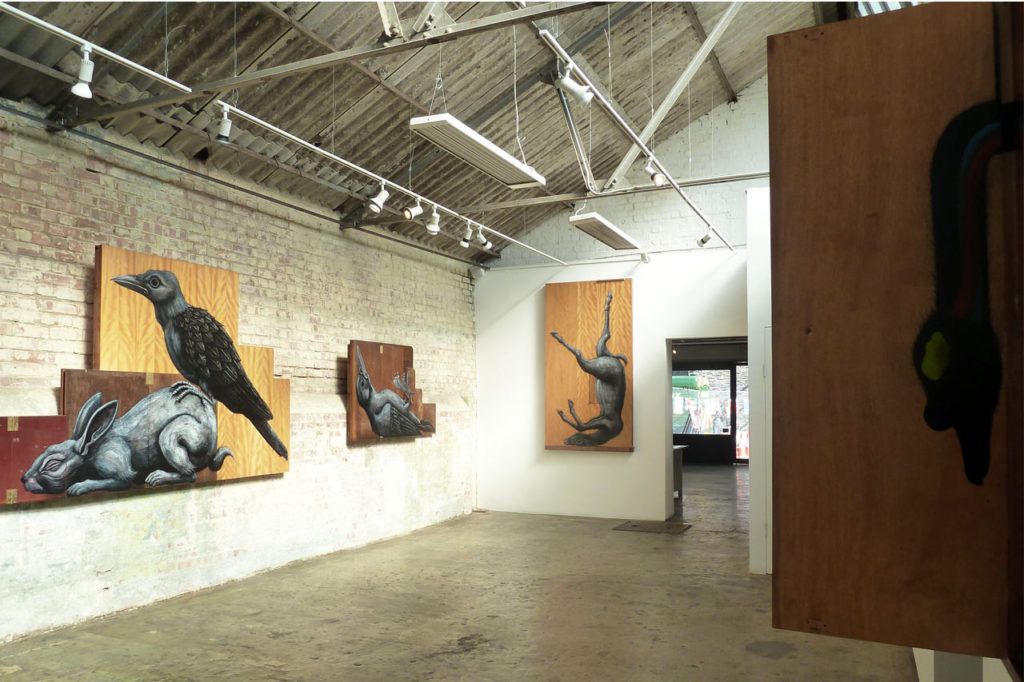 It is with great excitement that StolenSpace Gallery presents the new solo showcase by Belgian artist, ROA.

Peering from secluded alleyways, or creeping across crumbing wa lls, ROA’s monochromatic beasts can be found hiding across the cities of t he world, from London, Berlin to New York, Los Angeles and recently Casablanca and Cape Town. ROA’s reputation as a master muralist has grown exponentially, and his gallery works are no less impressive to behold.

Portraying animals on a massive scale and in stark contrast to their urban surroundings, their black and white appearance giving them a ghostlike presence. ROA’s intention is to query the relationship between man and animal, the urban relationship with nature and the manner in which we force it to adapt for survival, choosing remote and derelict locations to mirror our own unsympathetic treatment of the natural world and the creatures which inhabit it.

Now returning to StolenSpace for his third takeover of the gallery, ROA will be creating on site a fresh cohort of Bestia Animalibus, using reclaimed mater ials to create multi-dimensional, interactive works of art to beautifully illustrate the precarious connection between man and beast.