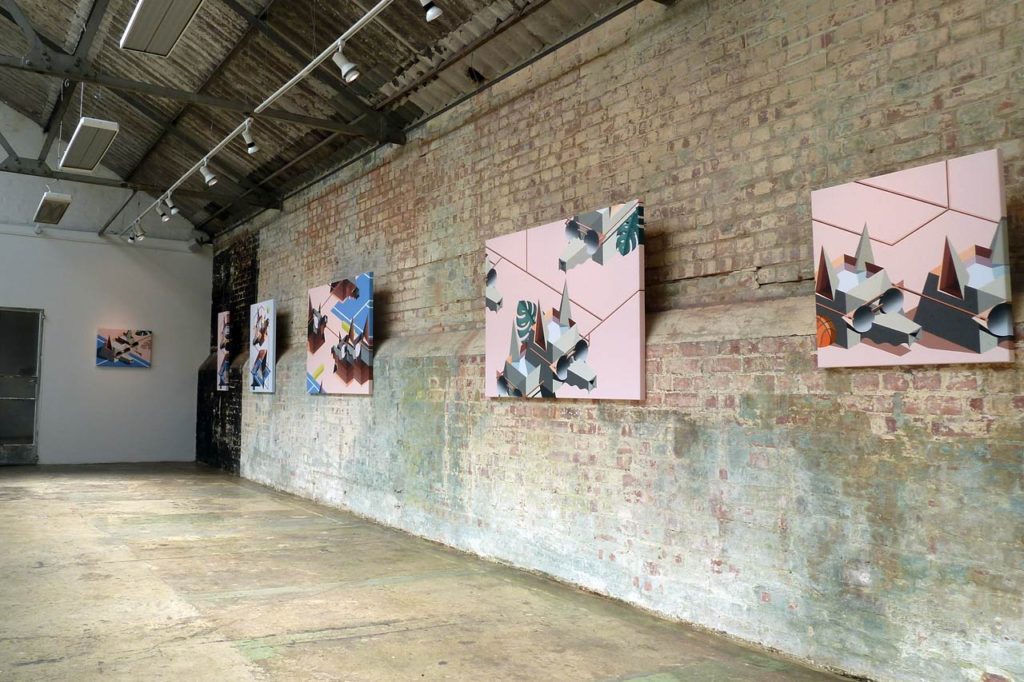 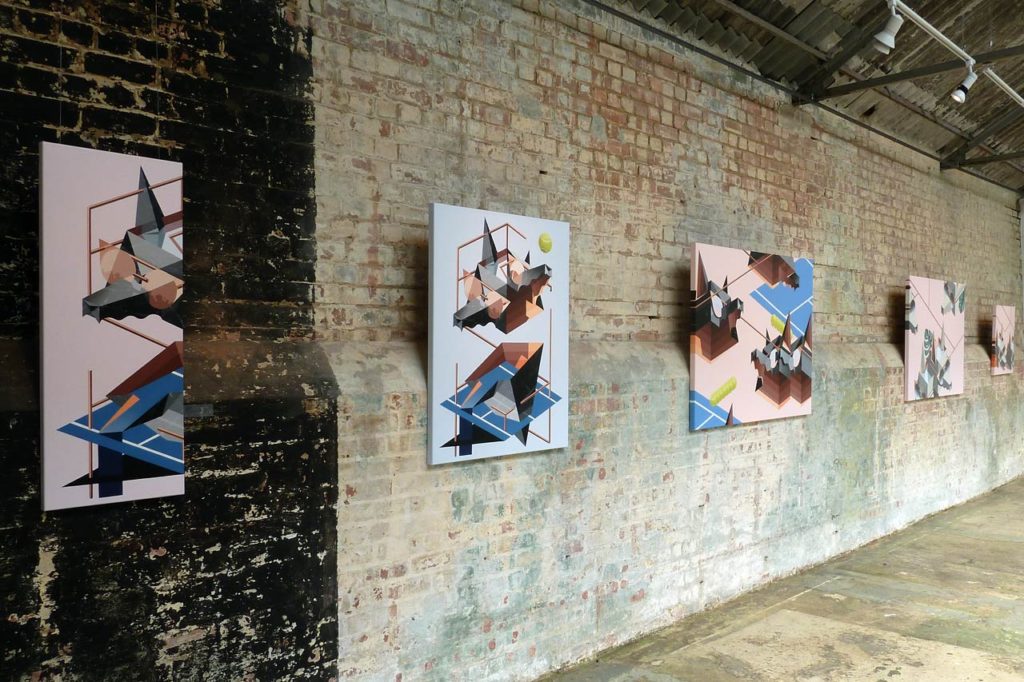 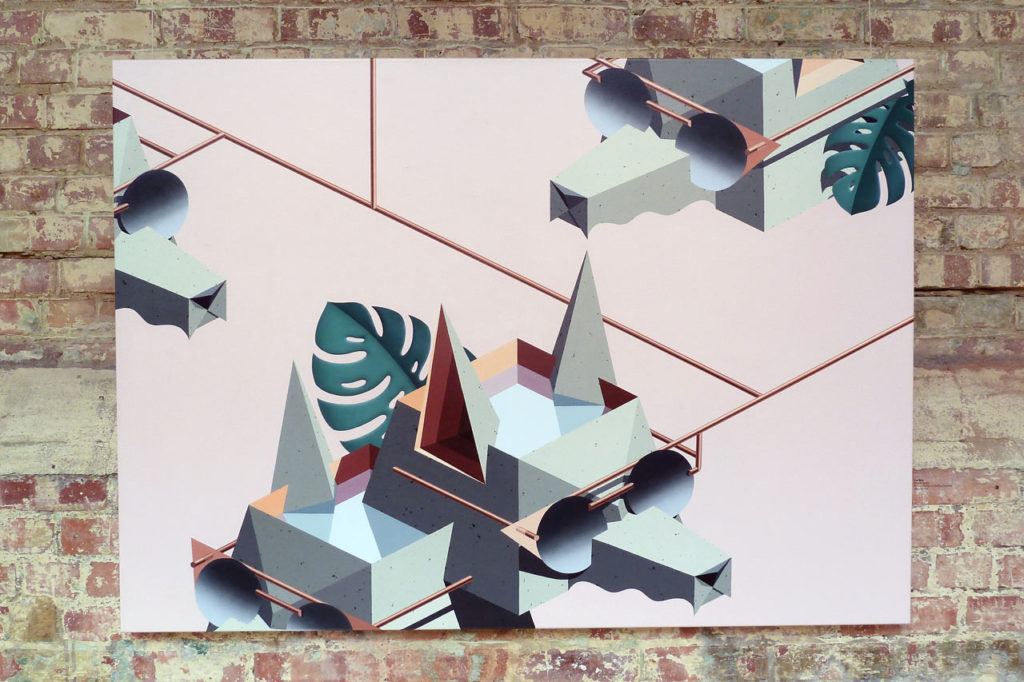 Recognised for their vivid compositions and Retro Futuristic animal portraits, Berlin based duo Low Bros Present ’Wired’; the next chapter exploring social and individual Identity in a digital age.

‘Wired’ marks a subtle shift in direction for the Low Bros, an adjustment in the creative scope of their work. From the nostalgic identity of a subcultural past, ‘Wired’ focuses the cultural identity of an evermore metaphysical present.

Through muted palettes and minimal compositions, ‘Wired’ centres the graphic form of the Wolf. The Wolf floats in no discernible space, often duplicated or fractured among recognisable objects from contemporary culture and nature. His surface appears to be made from hard, durable materials like concrete or marble. Like a fortress, his walls protect something vulnerable, as we explore his form, soft spots are revealed to us in pink fleshy tones. He further draws on these physical boundaries with the use of slick shades; emotional and intellectual barriers from the oncoming stares. In the surrounding negative space, we see thin copper wires shooting through the void. Despite their more engineered nature, symmetry and balance is apparent in their movement as they penetrate the space and figures alike; a unique network developing in each composition. The wolf is literally connected but what does this mean? Are the wires forming around him as a vine does a tree, or is he building and maintaining this connection himself?

Stripped back, the Wolf has grown more powerful and his posturing counterparts from the past are nowhere in sight. His abstract, seemingly random world does not attempt to imitate life but has become symbolic of it, as have the objects which populate the space. The viewer in turn moves beyond the idea of connecting with the Wolf to learn his secrets or explore the narrative he exists in. Instead we are encouraged to reflect ourselves inside of this unrecognisable, yet familiar reality; question how we cultivate and project persona rather than identity and to whom. Like the Wolf, we are Wired..but does this make us more connected?

The Low Bros are an artist duo, made up of brothers Christoph and Florin Schmidt – formerly active graffiti writers Qbrk and Nerd. Incorporating influences taken from graffiti, hip hop, skateboarding, the Low Bros invite you to explore the ‘Low Bro universe’, an assemblage of signs and symbols embodying the conflicts of the modern age

Their work comprises several reoccurring characters all constructed from bold geometric shapes and vivid patterns. As the viewer begins to deconstruct these forms, the complexity of their aesthetic is revealed with each symbol introducing another layer to explore. The contrast in the forms is as evident as the conflict with our human sensibilities…hardwired to progress but an innate urge to return to the past. (Images courtesy of Paul Heavener and Sasha Bogojev)