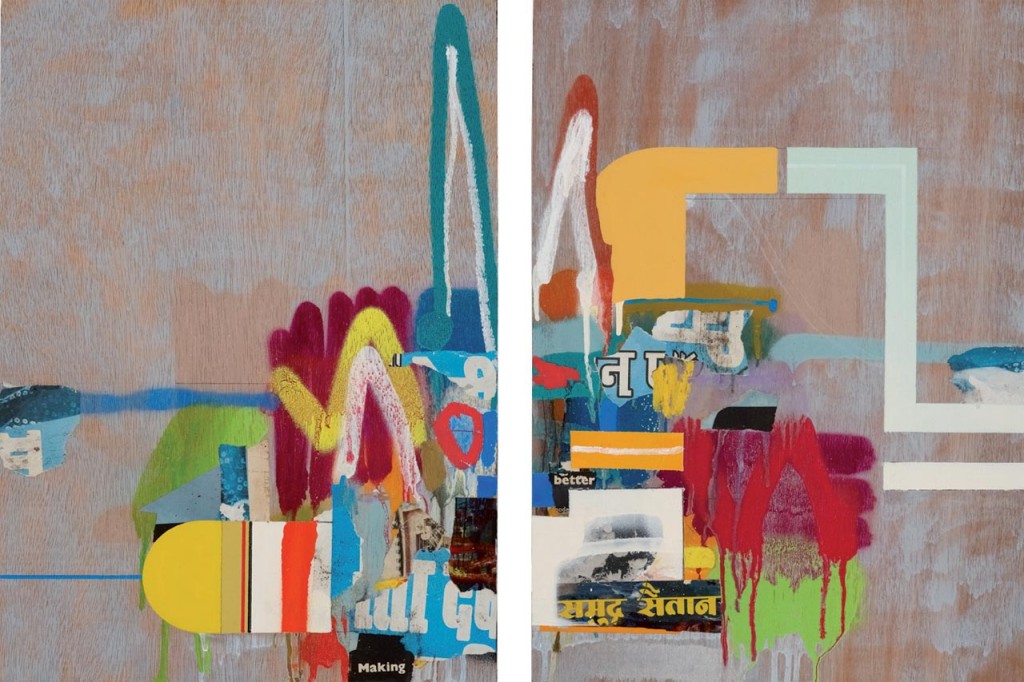 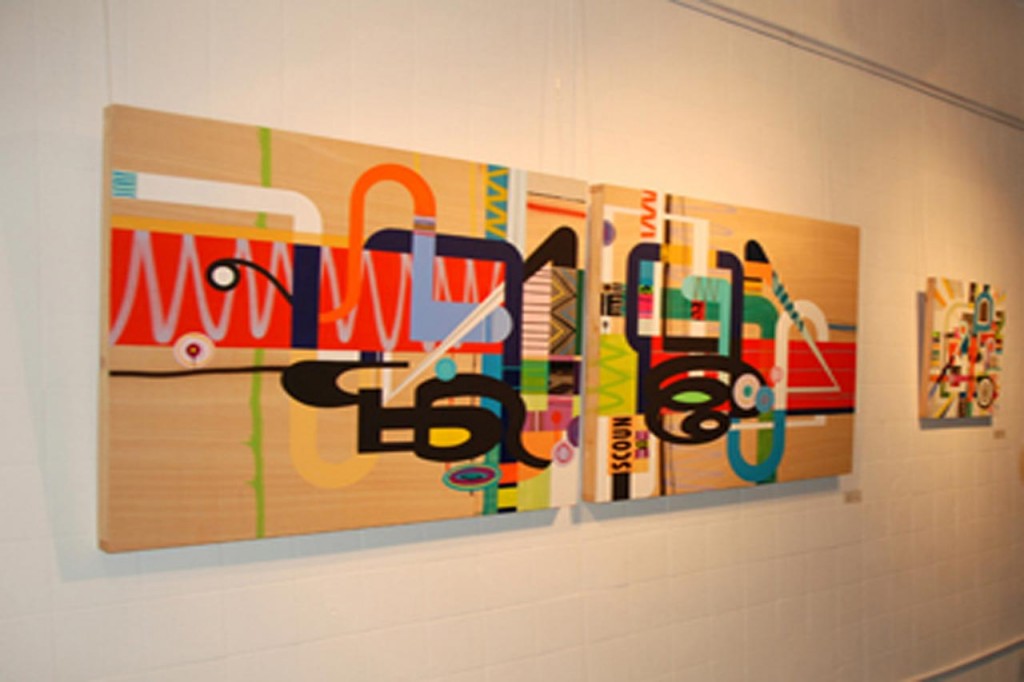 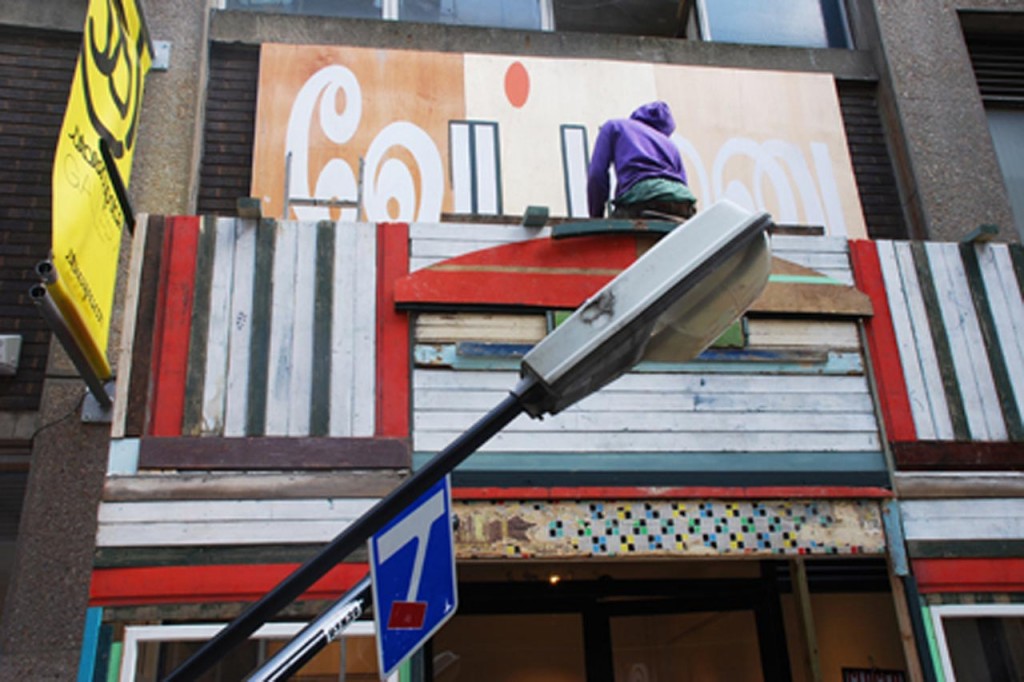 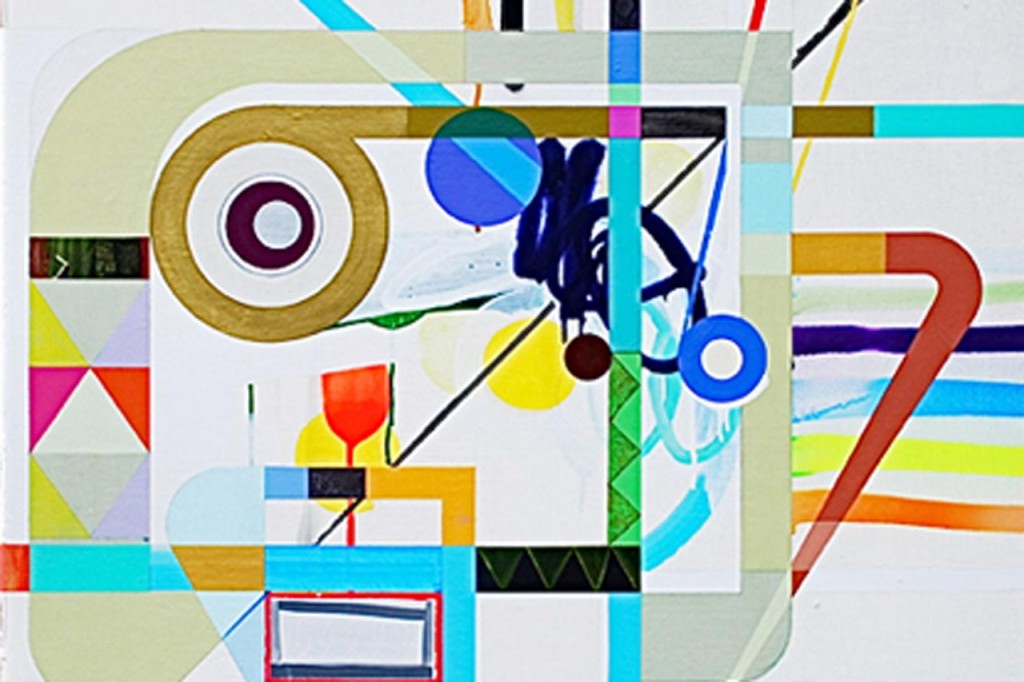 The fusion of both old and new, rural and urban can be seen in the abstract work of Gabriel Dubois. Elements which can be explained by influences from his background. Growing up in Van, Canada and spending a lot of time in his father’s painting studio, while also being fascinated in particular by his neighbourhood of Chinatown. During his childhood and teenage years he was fascinated with hand painted signs and in general with what he calls “the leftovers of the East Side”; added to that his years of skateboarding, his involvement with graffiti, Dubois had an interesting mix of influences from early on. Once he moved on and started to travel the world in places like Sri Lanka, India and Japan he started to also become interested in the visual language of these environs, further informing his vast well of inspiration.

The works themselves indirectly mirror these references. The painted ground is layered with bursts of expression covered over with delicately articulated lines and a keen sense of colour. At times there are clippings out of old magazines, applied directly onto the wooden panels and incorporated back into the ground of the painting, thereby juxtaposing photographic imagery within layers of organic expression. The use of collage and paint application bring forth a certain form of disjunction; the images having been extracted out of their historical and contextual bindings of print thereby subtly referencing their own representation, the cultural moment they contain and the reproduction of it.

In this recent selection of paintings his distinct visual language of energised signifiers and symbols are delivered with delicately articulated lines that wrap, weave and totem themselves through and around colour-coded compositions emitting a fresh momentum. These synthesized seeds are fertilized amongst bright bursts of expression & delicately assembled collage which are planted by chance & grow autonomously through a constructive/ deconstructive process. finally they are fabricated & refined in an accurate mechanical order.

For his debut solo show at StolenSpace, Gabriel Dubois has been preparing a new body of work since arriving in the East of London last September. Realizing there was no shortage of materials to be found in his new environment, Gabriel has continued working on his surface of choice, salvaged wooden panels. Along with works on paper he will also be creating a street sourced installation as well as an edition of limited screen prints.