Take a VR Tour Of The Show 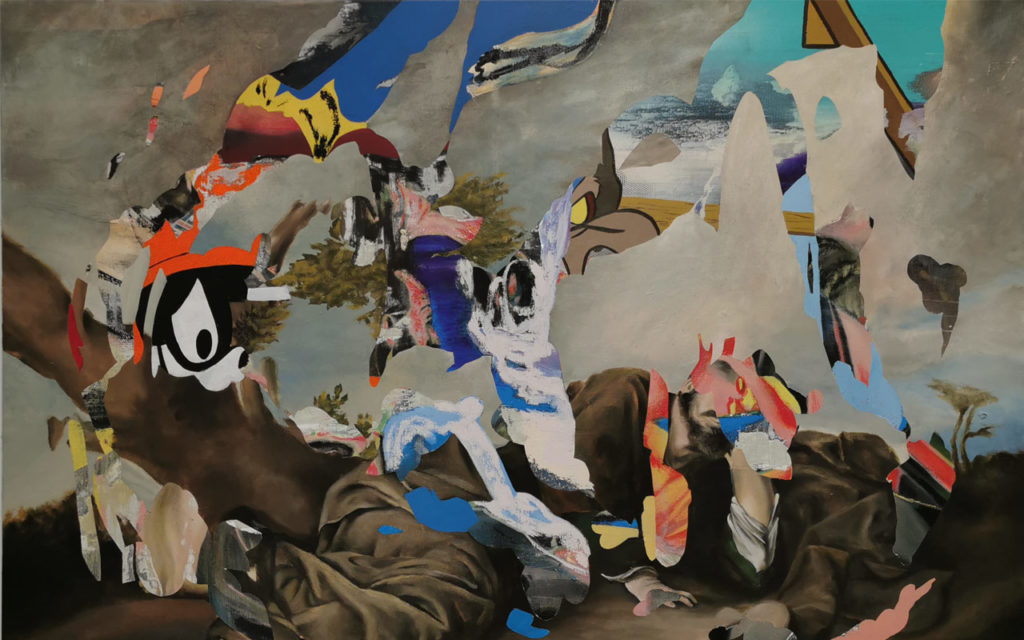 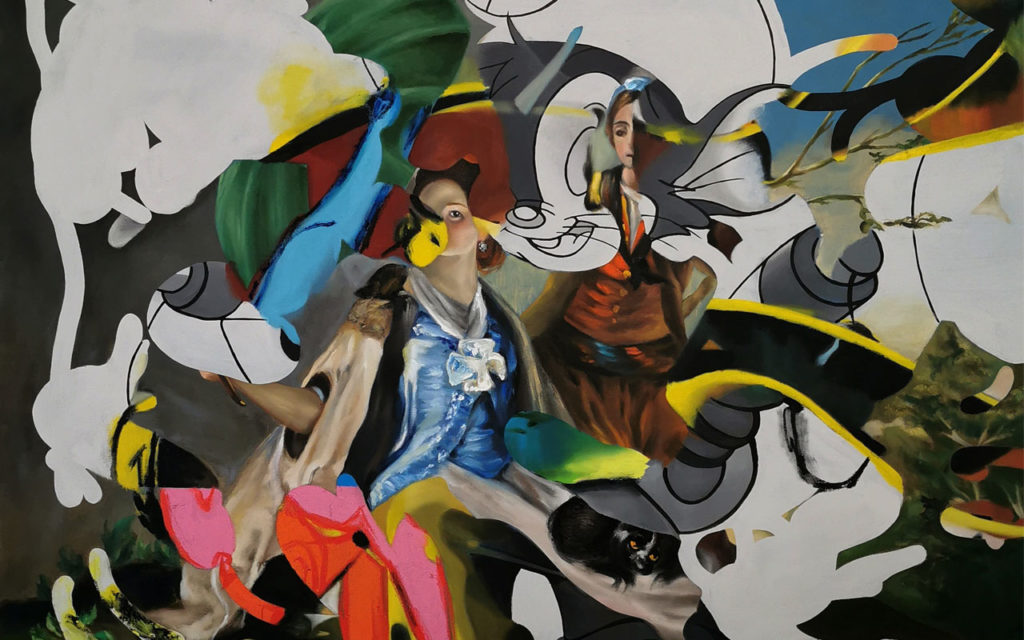 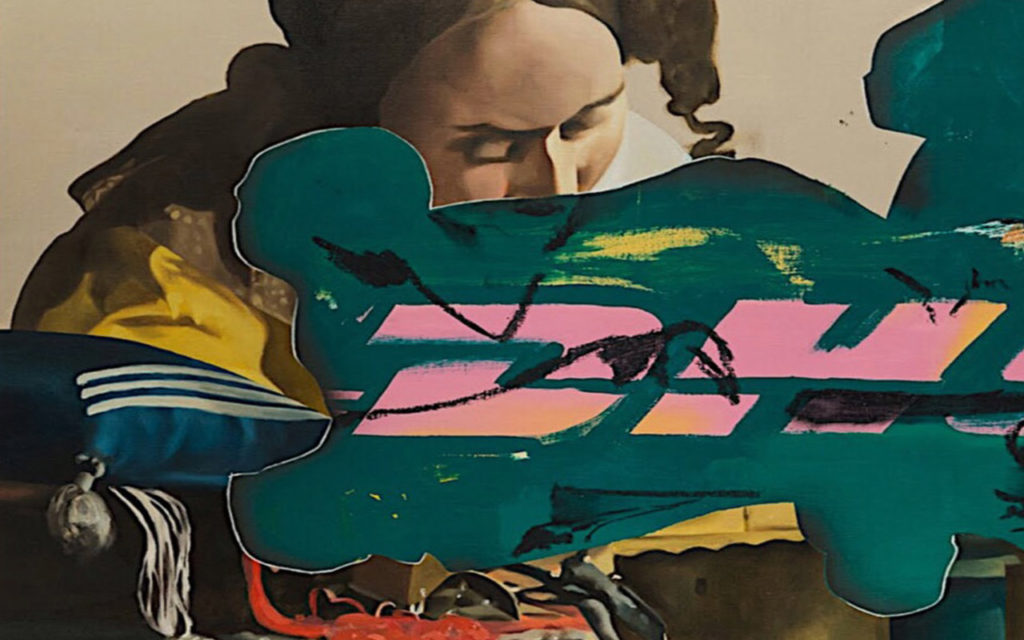 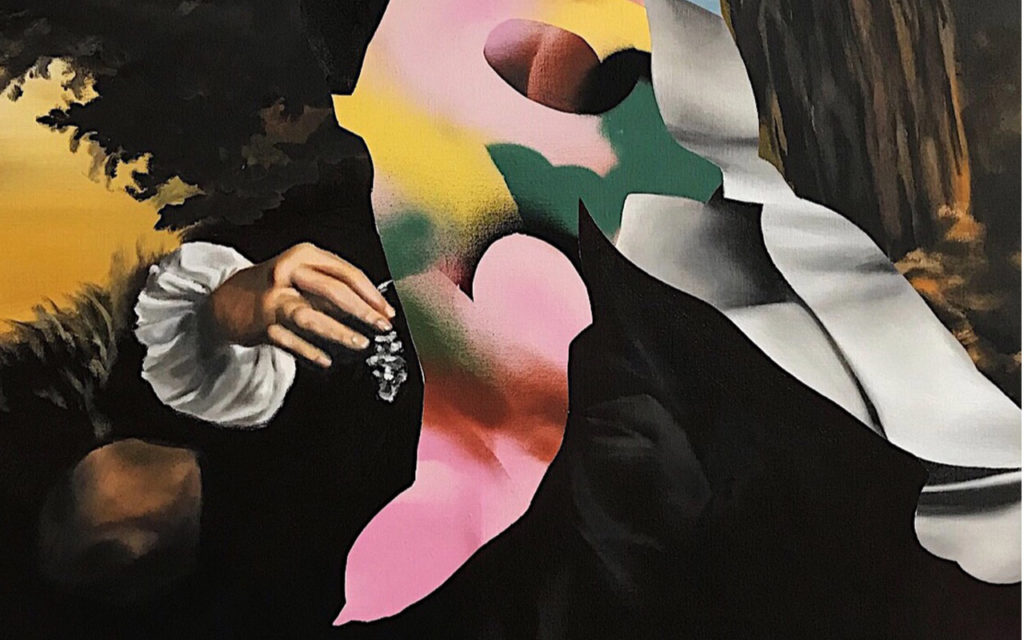 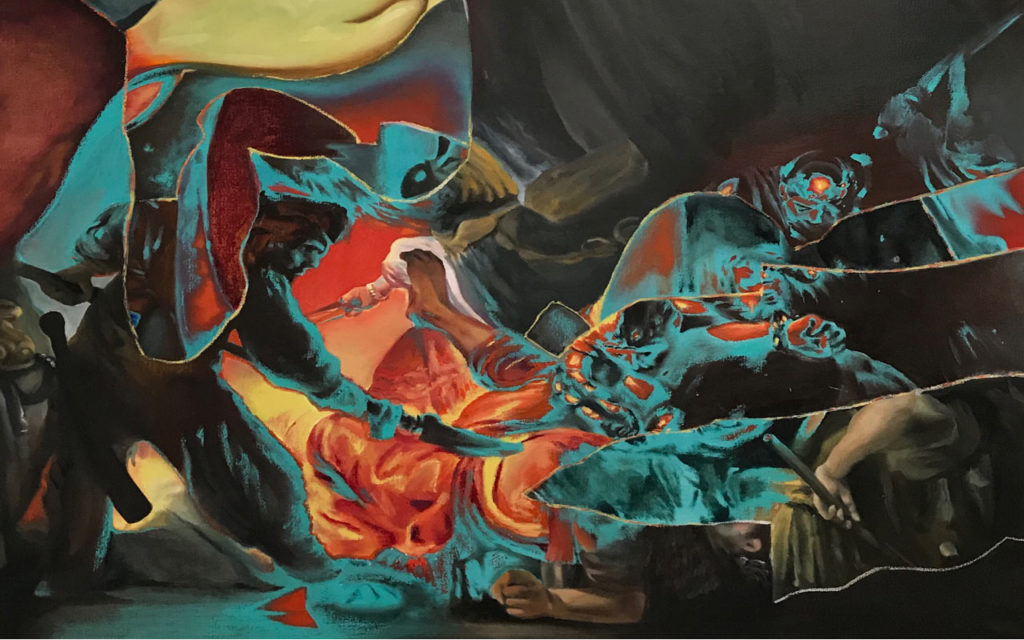 StolenSpace Gallery is pleased to debut work by artist Eric Basstein for the first time, as he presents his solo show of mesmerising originals, ‘Lost & Found’.

Basstein is a Dutch artist who has been painting since a young age, and attended art school at nineteen. Basstein has made an impact in The Netherlands not only with his art, but his influence as a DJ in the music scene which he thrived in for ten years. Now, he has returned to art with his full focus, using his experience from his musical background in his artwork.

His work is composed in a similar manner to the way music is composed, with samples and varying layers and elements which come together in harmony. Basstein chooses images which resonate with him through researching books and magazines. ‘Combining images from fashion magazines with a piece of a comic book illustration or a part of classic painting, felt similar to sampling a bass line or snare when creating hip hop music.’ – Eric Basstein

Basstein takes artistic influence from the likes of Velasquez, Caravaggio, Rubens, Francis Bacon, as well as musical influence from A Tribe Called Quest and MF Doom. This varying mix of historical and contemporary, artist and musician, creates recognisable yet unique imagery which is both nostalgic and modern.

This solo show will challenge the viewer to reconsider how they read an artwork, as Basstein’s paintings are lyrical and composed in a way similar to music. His imagery heightens this fresh technique, as familiar components are weaved together to create a whole new dialogue, which will resonate differently to each viewer.

Please click on this email link: contact@stolenspace.com to register your interest.