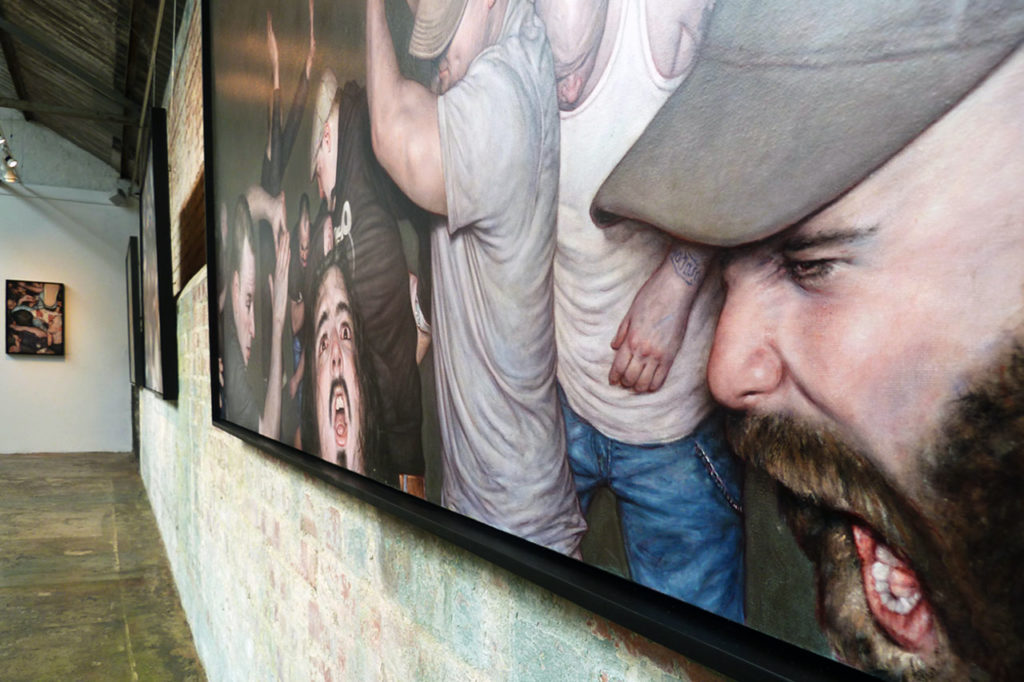 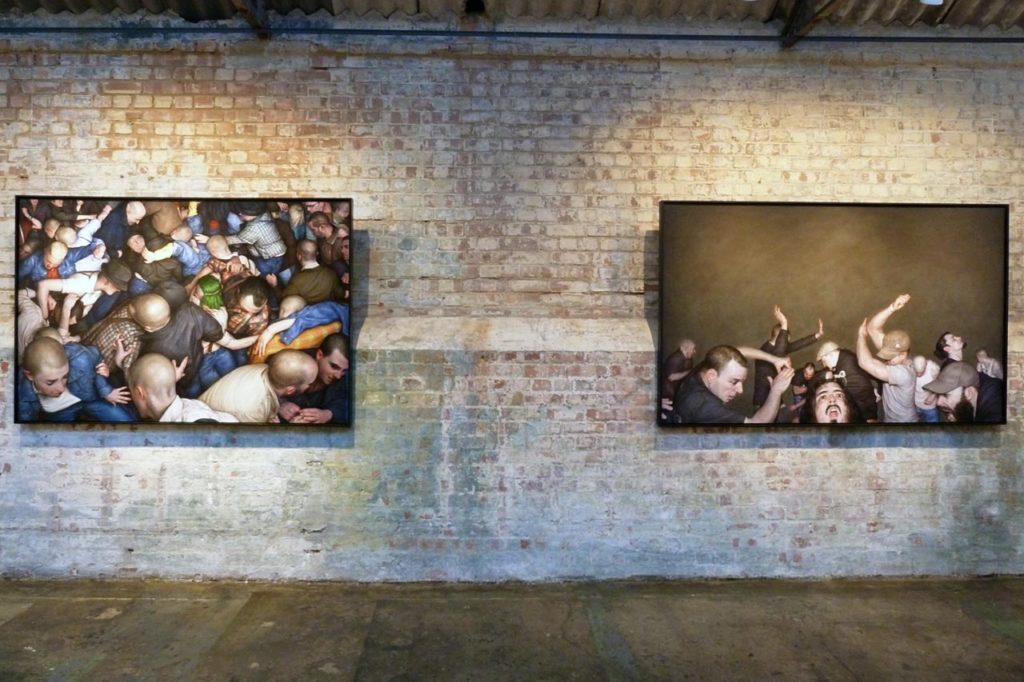 With a career going on almost four decades, Witz’ gritty, punk-fueled paintings conceal an intimate understanding of the human condition, often at its most primordial. His earliest artistic enterprises on the streets of 1970s New York were founded on the belief that art was necessary, not only to challenge, but to change the dominant systems of society. Though often subtle in their execution, Witz’ works on the street are no less hard-hitting than his graffiti counterparts. Meticulous in their realism, yet subversive in their subject matter, they are made to cause uncertainty and to encourage viewers to question those aspects of daily life that they consistently take for granted. It is this challenge to accepted norms that makes Witz’ work so profound.

Certainly no exception to this is his acclaimed mosh pit series. Recently featured in collaboration with French fashion giant, Dior, these hyperrealistic masterpieces seize moments of passionate intensity within their depicted crowds. Having been in a band in his early twenties, Witz became fascinated with the gradual build of tension within an audience that would eventually lead to these climactic moments of “beautiful chaos”.

Working from photographs he takes at live events, Witz employs artistic techniques that date back to the old masters, in order to render scenes of the most magnificent clarity and depth. Witz reveals that despite the obvious aggression of the punk rock pit, there is also an underlying sense of euphoria and unification shared amidst the crowd.

Witz’ work has been exhibited in galleries and museums worldwide such as the Museum of Modern Art in New York and the Indianapolis Museum of Art. He has been featured in many publications including The Wall Street Journal, TIME Magazine, New York Magazine, The Huffington Post, ARTINFO and the cover of Juxtapoz Magazine. In 2010, Gingko Press released In Plain View, a monograph documenting 30 years of Witz’s career of works created in the studio and on the street, and we look forward to welcoming back to StolenSpace Gallery with this new solo show.