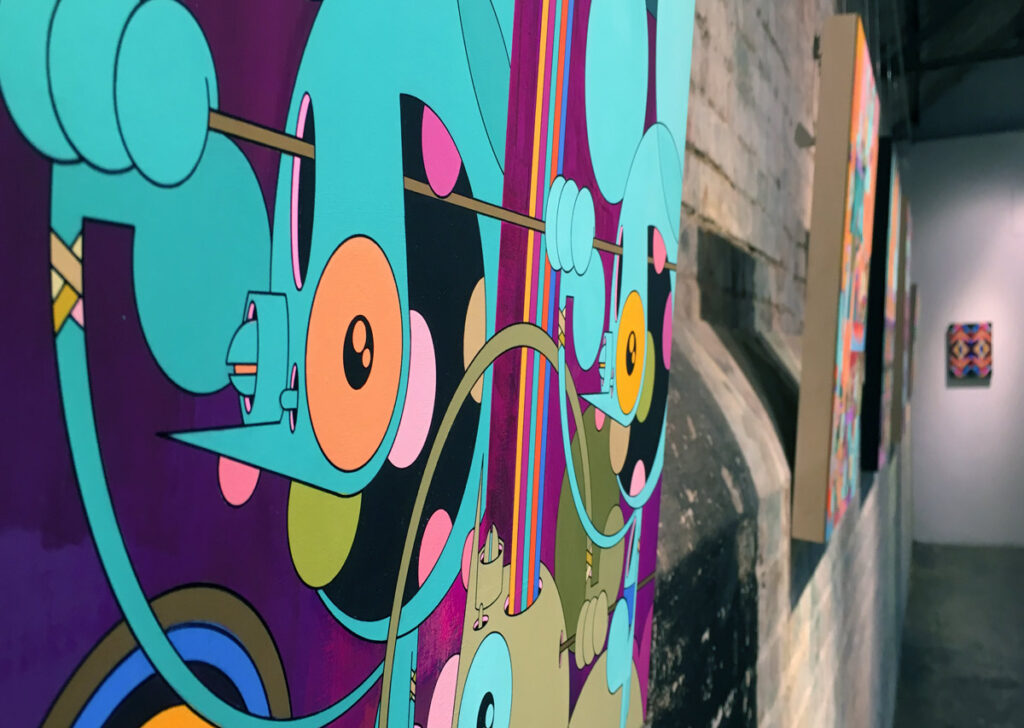 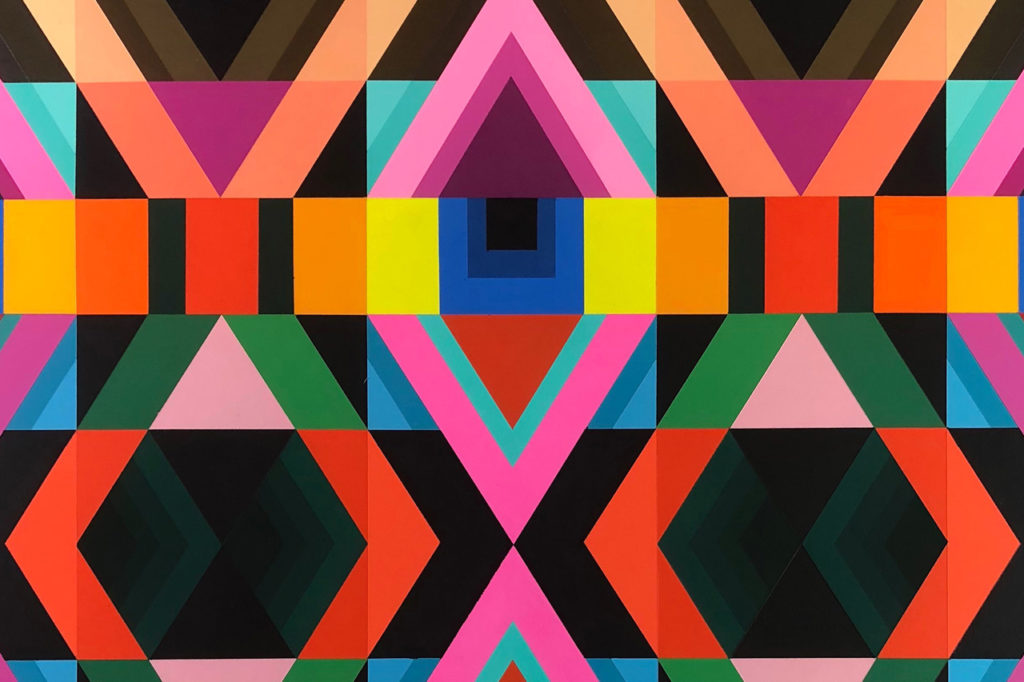 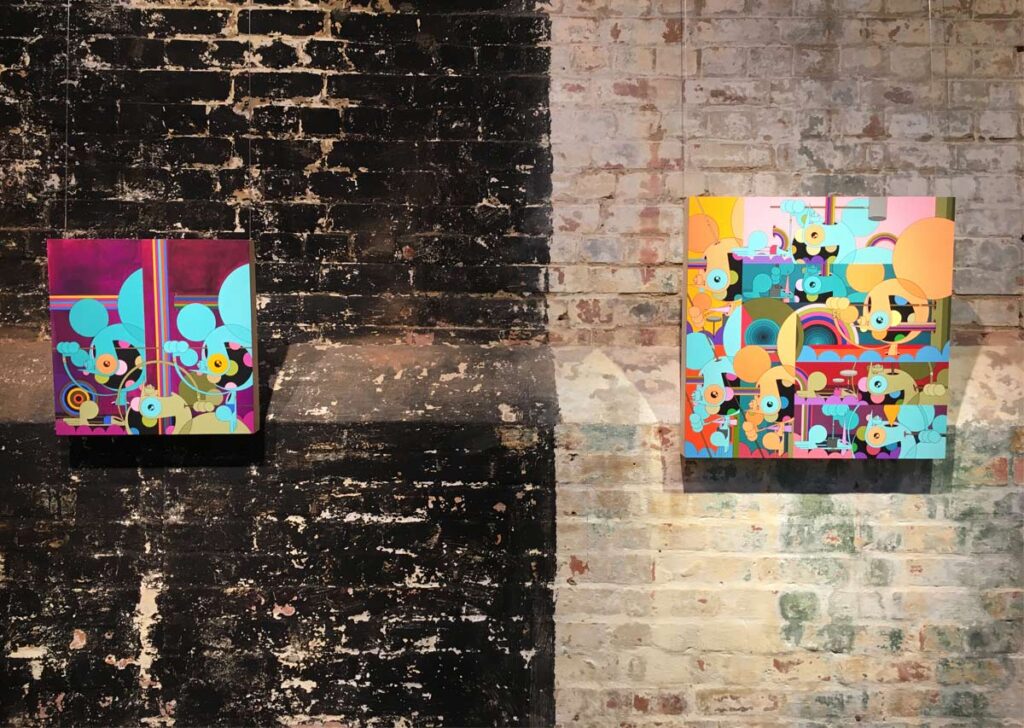 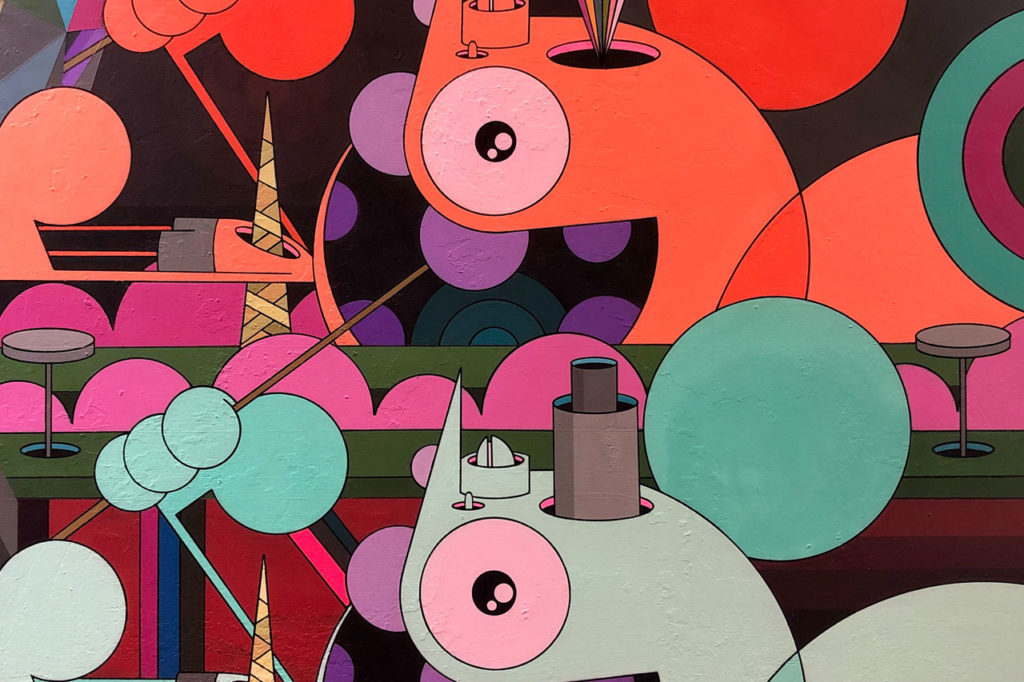 James Marshall, better known as Dalek, is an American painter best known for his Space Monkey character. He is also known for his photography, murals and illustrations.

First rendered on a wall in Connecticut in 1995, the Space Monkey that has become synonymous with his name grew and evolved from Marshall’s love for Japanese pop culture, the “vibe” of the punk scene, street art and cartoons. Marshall maintains that the Space Monkey is not a monkey at all, but a mouse—his concept of a human being lost in a growing sea of technology and convenience.  Space Monkey became Dalek’s alter ego, a medium through which he expressed his emotions, ideas and concerns.

In 2001 Dalek began his apprenticeship with renowned Japanese artist Takashi Murakami, which widened his experience of colour mixing and other disciplines crucial to his process. By 2007 his paintings developed more layers of geometric shapes and explosion of his colour palette, becoming deeper with further complexities. He explores the push and pull dynamics of opposing forces, of rigidity and fluidity. There is an abundance of flashing colours and multiple planes, working in harmony to define space and movement.

Dalek’s work has been praised and featured in numerous publications and magazines, such as The Wall Street Journal and The New York Times. He has also had many solo and group shows all over the US, Japan and Europe. 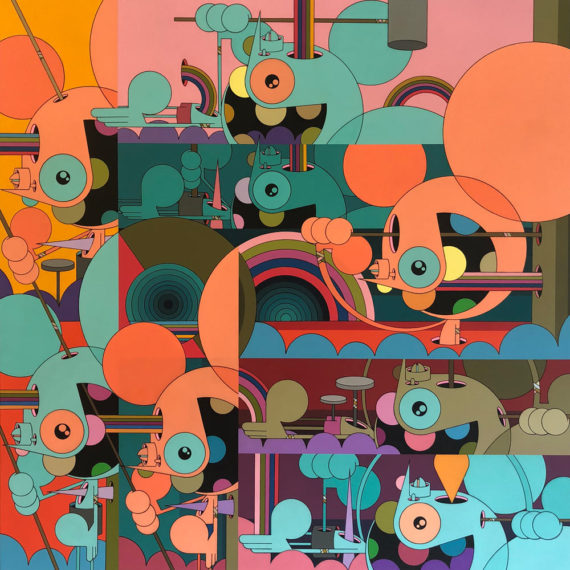 DALEK: HARMONY FOR THE RIGHTEOUS DESTINY OF CALAMITY