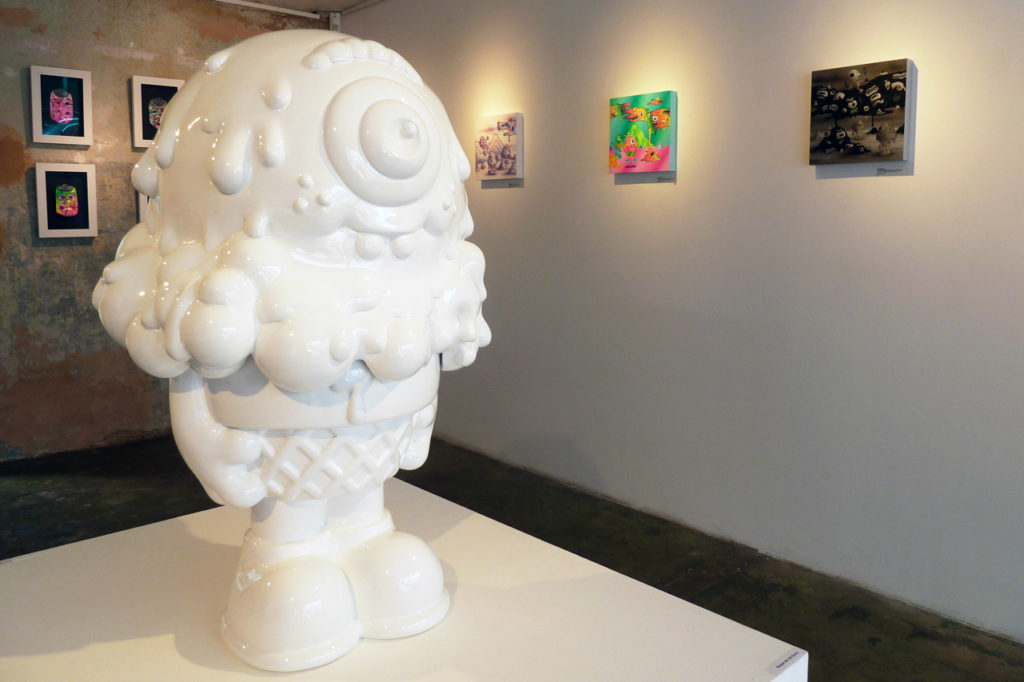 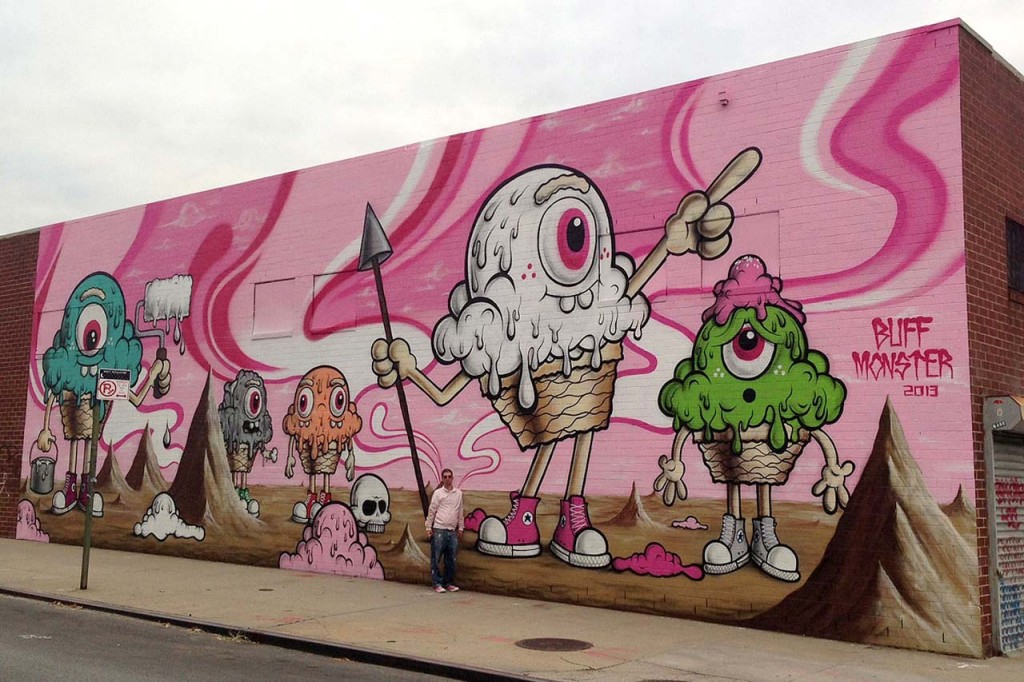 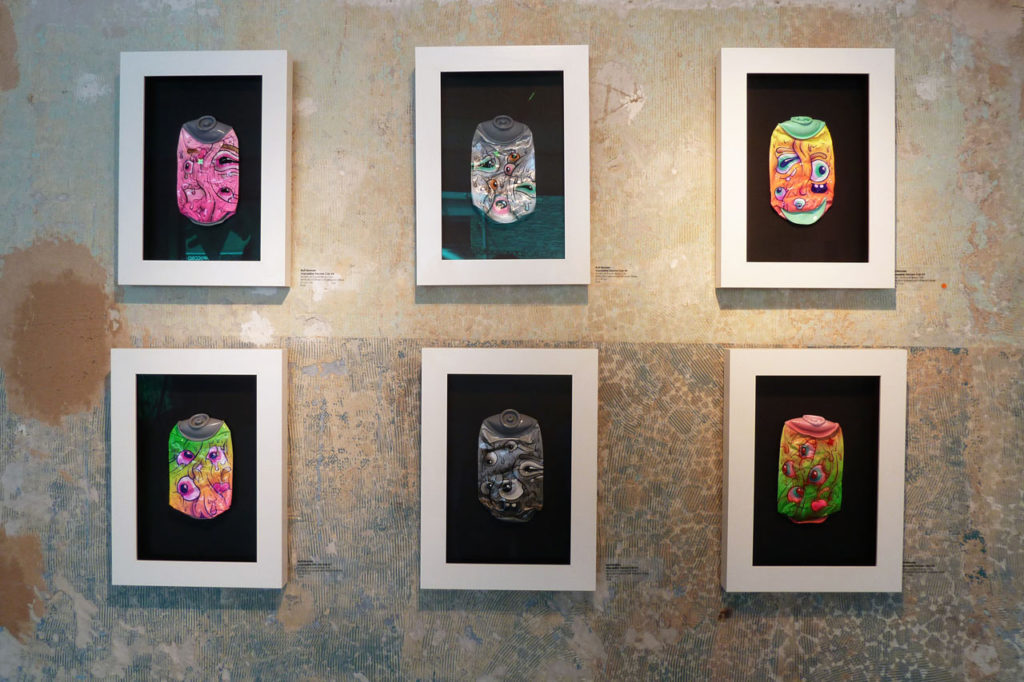 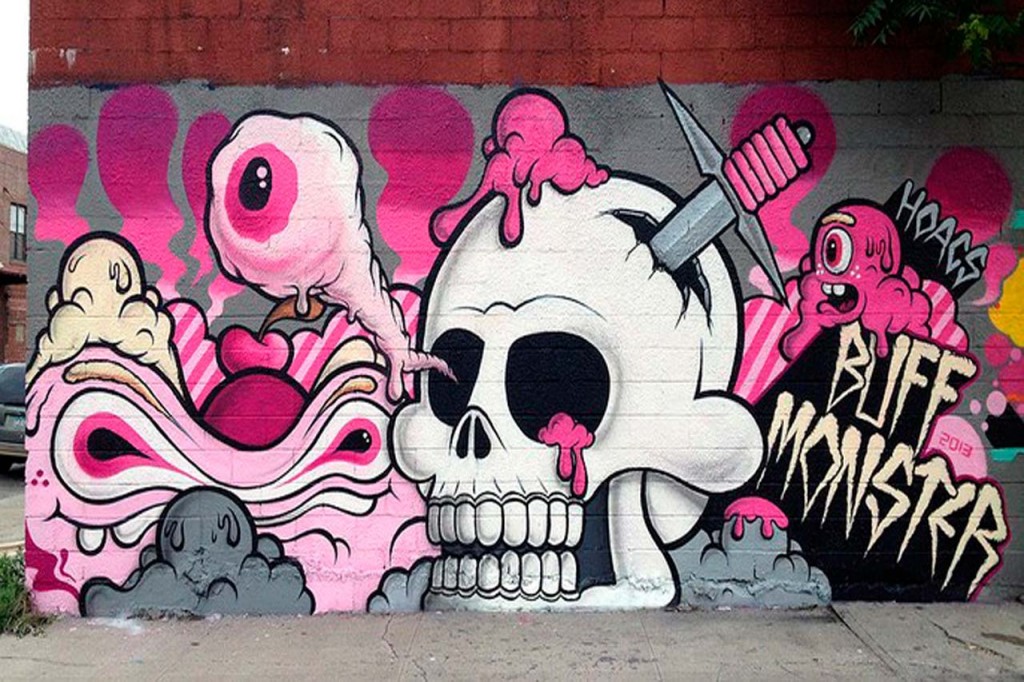 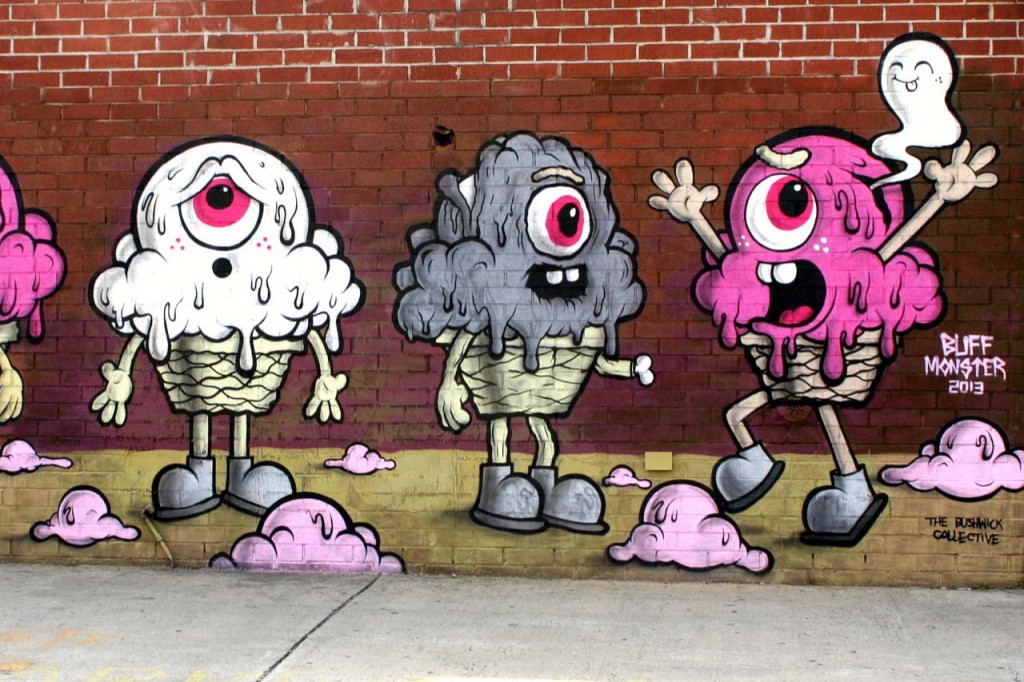 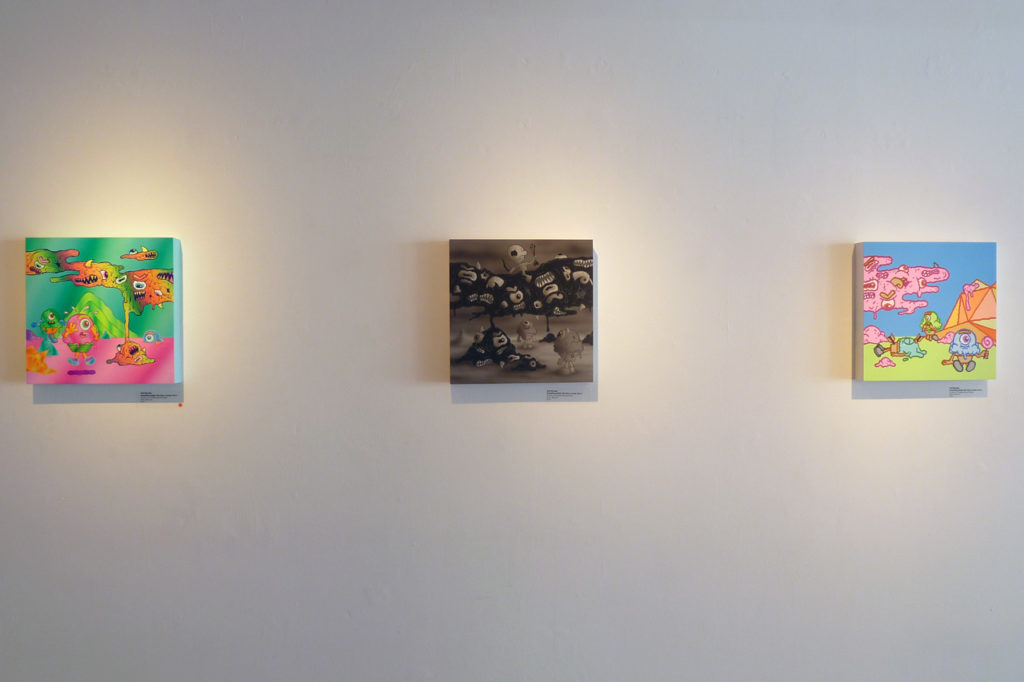 The color pink, a symbol of confidence, individuality and happiness, is present in everything Buff Monster creates. Originally known as a street artist, over the last fifteen years, he’s worked on an impressive variety of projects. His meticulously executed paintings have been shown in galleries around the world; one painting hangs in the Bristol City Museum as part of their permanent collection. He’s also created a variety of limited edition collectibles including vinyl and resin toys, prints, shirts, stickers and two series of his ambitious trading cards/stickers called The Melty Misfits.

He’s worked with some of the most recognizable brands such as Disney, Converse, Hello Kitty, Samsung, Coca-Cola and others. Along the way, he’s cultivated an impressive following on social media. And whether he’s at home in New York City, or being flown around the world, he still enjoys painting large colorful murals. Most recently, Jeffrey Deitch ask him to participate in a mural project in Coney Island. He was also featured in Banksy’s Oscar-nominated documentary: Exit Through the Gift Shop. He’s a tireless worker, often citing heavy metal music, ice cream, Pop art, Japanese Culture and graffiti as major influences. 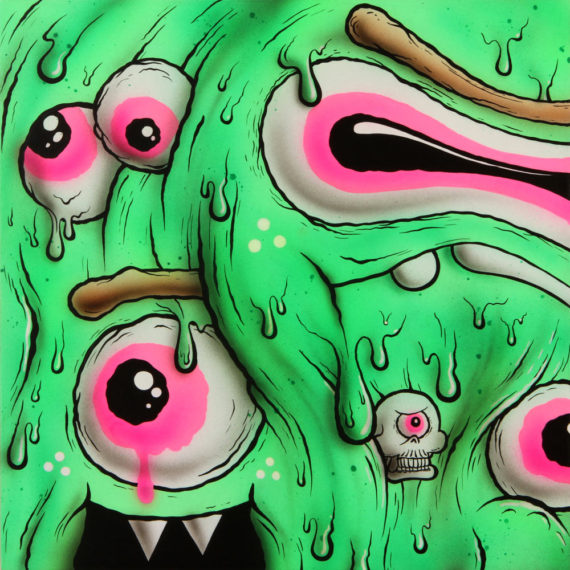