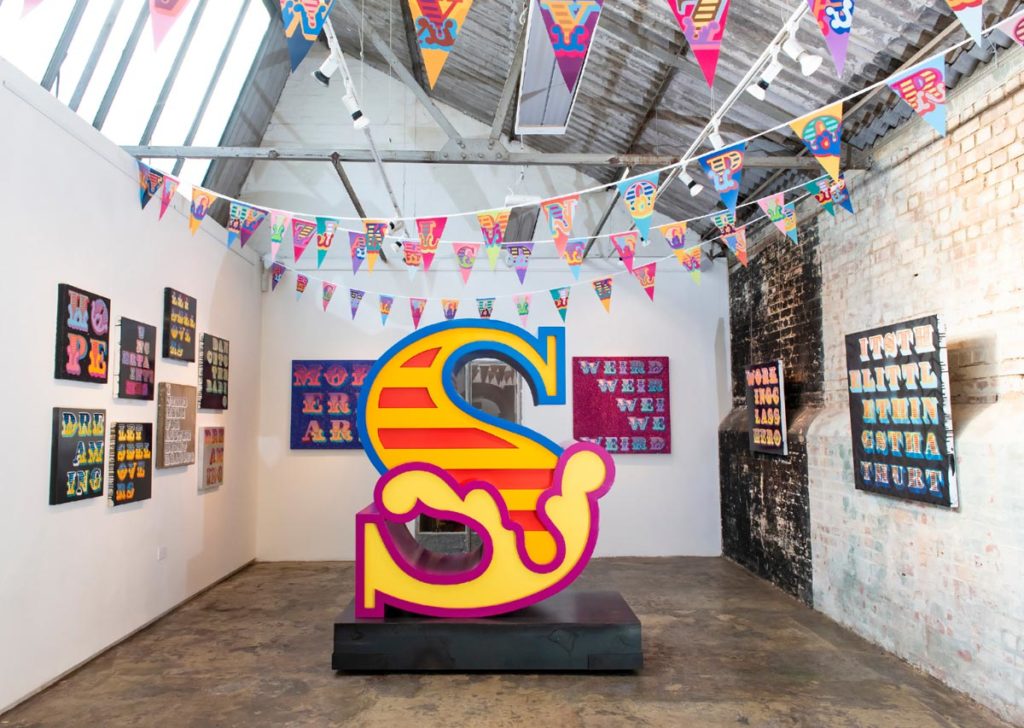 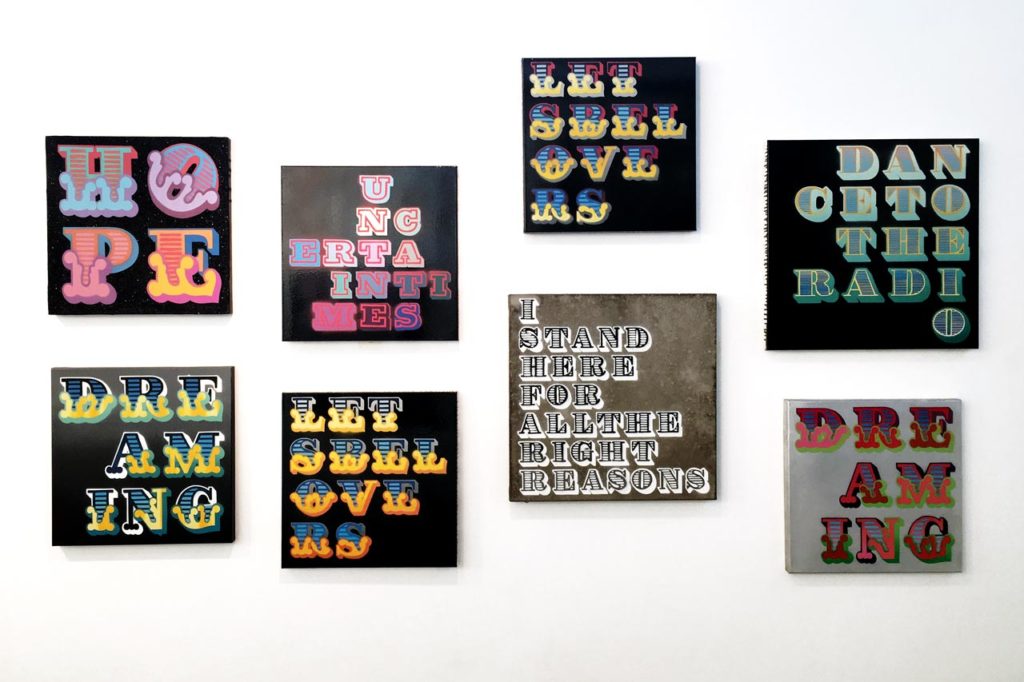 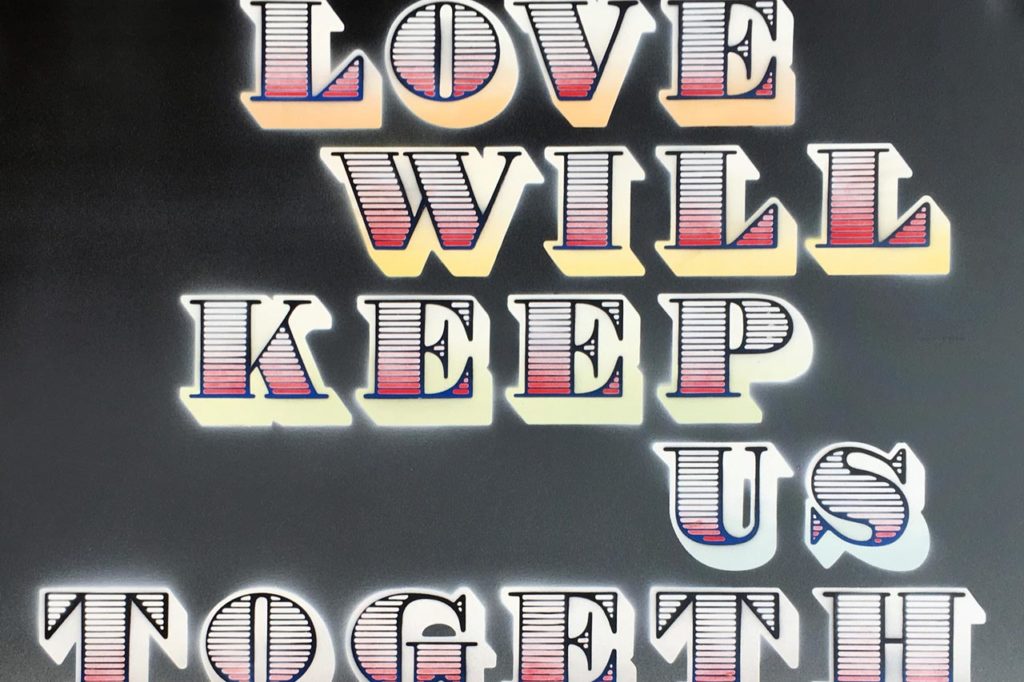 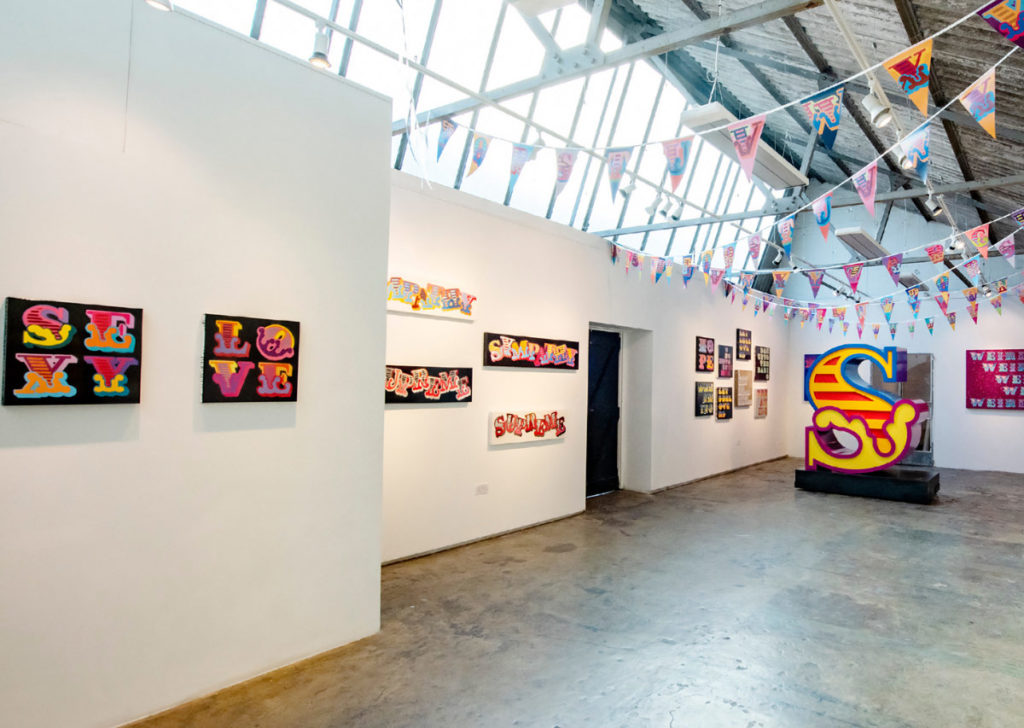 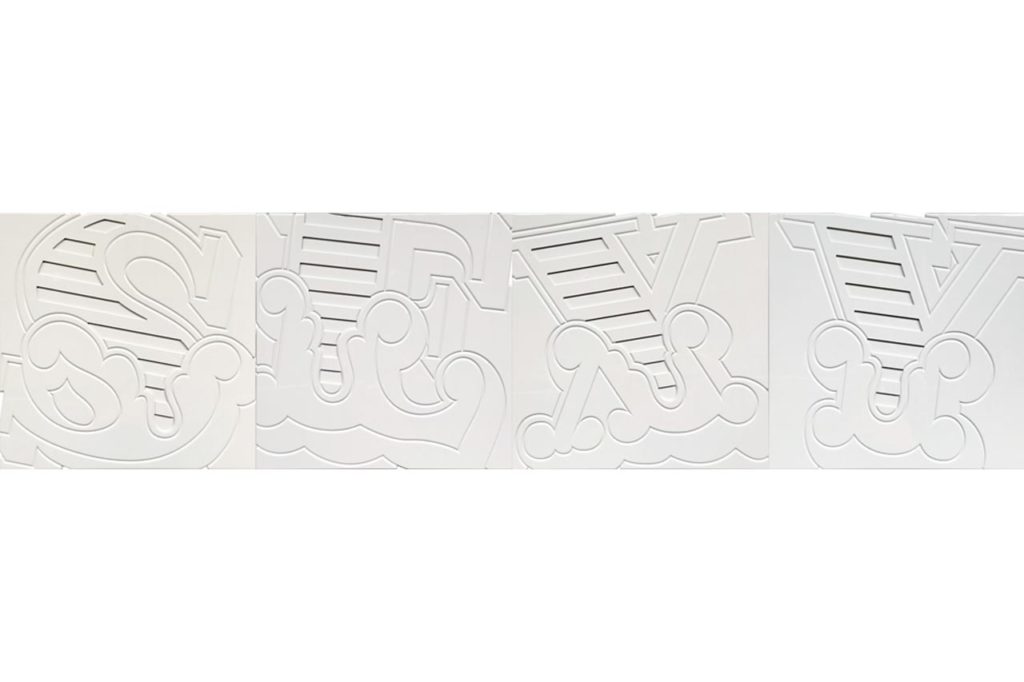 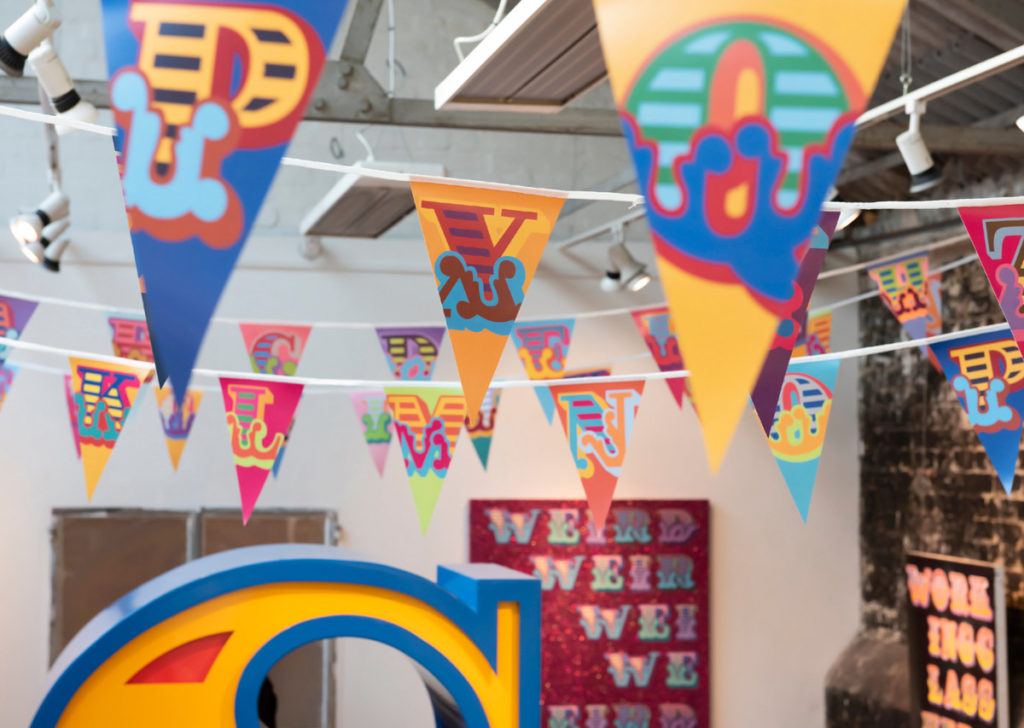 StolenSpace Gallery is proud to present a new solo show ‘Everything Starts Somewhere’ by international luminary Ben Eine. In this new show, Eine takes his exploration of typography to a new level, exploring three dimensional works alongside his bold typographic paintings.

As the title states, Everything Starts Somewhere, and for Eine it was the letter ’S’. His first tag and exploration into typography, the letter serves a deep nostalgic purpose for the artist, and for this show he takes his exploration further… Eine’s hallmark New Circus font has been translated into a large-scale metal ‘S’ sculpture especially by the artist for this exhibition.

Standing 2m tall, the sculpture plays on the perspectives and gives meaning to the word games that it puts in place, as well as highlighting the often abstract nature of his work. The sculpture’s creation has been documented by videographers and brought to life by a prose poem. ‘A Sonnet for S’ is narrated by actress Alice Erskine – tempered by a sense of rhythm and pace, it creates a backdrop to Eine’s work, illuminating it’s potential in a way that London and its cityscape often does.

Known for his use of words and phrases to create a sense of randomised poetry, his sharp statements, often witty and occasionally deeply moving, cause the viewer not to only read them, but take in the combinations of letters, shapes and use of positive and negative space, abstracting them into something new and beautiful.

The exhibition serves as more than a celebration of Eine’s work, it is a celebration of typography itself. He fills the rooms with coloured bunting, paintings and life, creating a playful, carnival atmosphere. In other works, he further plays with the potential of ‘S’ – carving SEXY into the surface of thick white slabs for a voluminous monolithic effect.

“It’s a pleasure to show my new works at StolenSpace gallery, particularly as this exhibition sees my work translate into new sculptural form – an exciting n ew direction for me. Walking around East London, there are entire streets of my work, so it’s always extra special to exhibit here.”

‘Everything Starts Somewhere’ is truly a coming home for Eine and an opportunity to show where he’s been and where he’s going. Marking a defining year in the artist’s career – with international solo and group exhibitions as well as special projects with charitable causes and the third sector including Movember/Sotheby’s, The Big Issue and The Mustard Tree. In January of this year Eine also spent weeks making the 17,500 sq m image, which was installed in industrial space in east London, and spells out the word “CREATE”. A team of 30 volunteers and six artists helped the artist make his biggest mural to date.

Alongside the original artworks, there will also be a new exclusive print available at the opening of the exhibition.