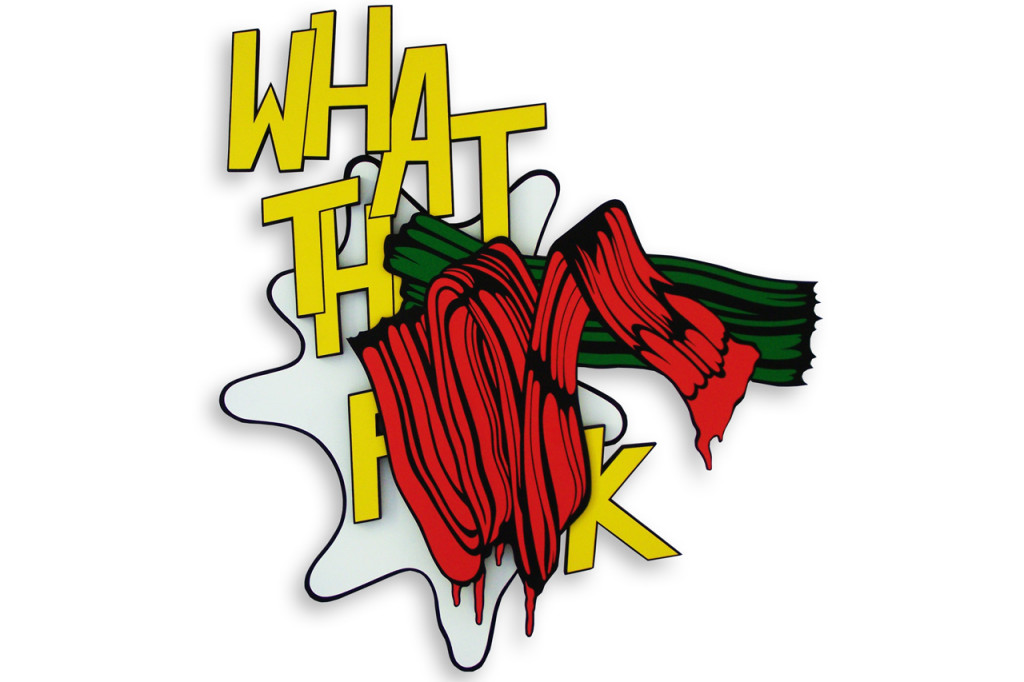 After studying Fine Art at Central Saint Martin’s in 1995, UK artist Andrew McAttee has had numerous solo shows in New York, London, Paris and the Middle East as well as a variety of notable commissions with Benson & Hedges, Nike, Antonio Berardi, Liquitex and most recently, Sony PS3.

McAttee’s latest work can be described as a vibrant and energetic type of ‘dreamlike comic pop’ and borders on a sensory assault, with all manner of shapes, colours and textures bombarding the retina. The end result is an overriding sense of movement and vitality, heavily influenced by graffiti art, comic book graphics, pop art and abstract expressionism.   McAttee comments, ”My aim is to provide the viewer with a colourful riot of gravity-less forms set in highly layered, seemingly endless space with a sense of ambiguity, humour and celebration”

McAttee currently lives and works in the UK.