In the studio with The London Police

Home > Interviews  > In the studio with The London Police

20 Apr In the studio with The London Police

Posted at 17:44h in Interviews by Lauren Admin
0 Likes

The London Police have been hard at work in the studio for their upcoming solo show – opening Thursday 5th May. Looks like its gonna be a good one!!

The London Police started when two English geezers moved from London to Amsterdam in 1998 to rejuvenate the visually disappointing streets of the drug capital of the world. Famous for their lovable & iconic ‘Lads’ characters which have been seen on streets all over the world. The ‘TLP’ members have come and gone, but now, after 10 years the two founding members have rejoined to bring together their unique styles in a strong collaboration. While one artist’s skill at drawing a circle ‘freehand’ is staggering, no compasses, guides or masks are used. While the other, since his departure in 2004, has developed his own imagery, an architectural style of line drawing. In these playful fantasy cityscapes ‘the lads’ are constructed and move around freely, in turn helping to build further elements of the city. They wanted to create a place full of interaction between their circle drawing and line drawing. 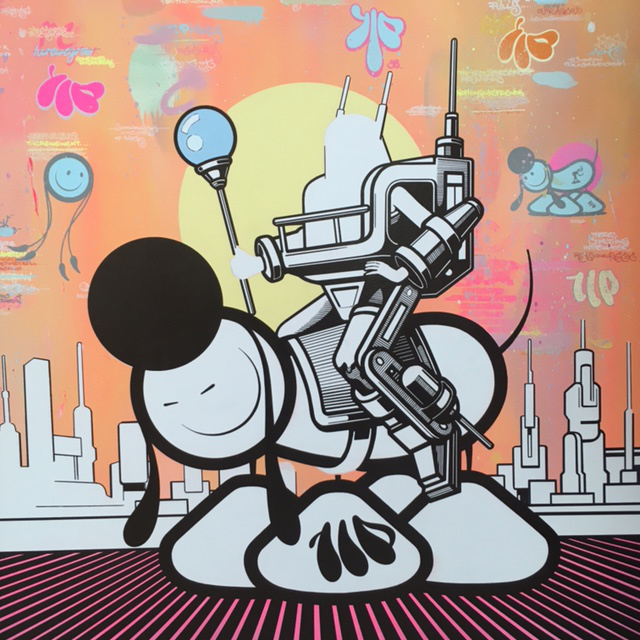 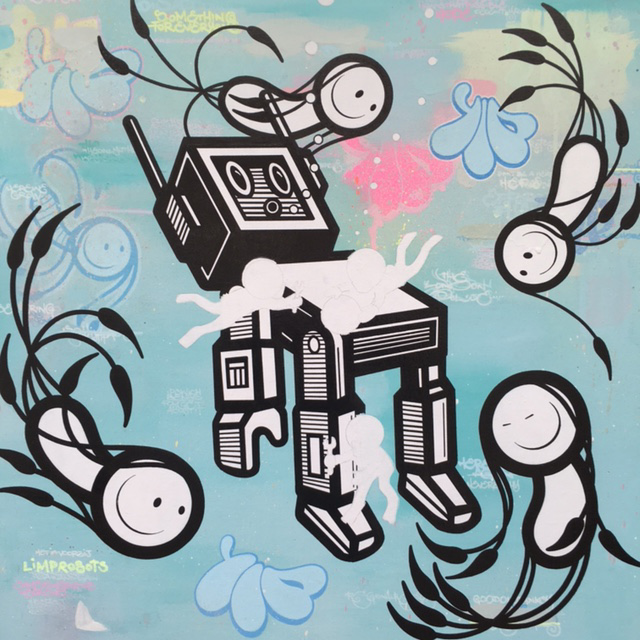 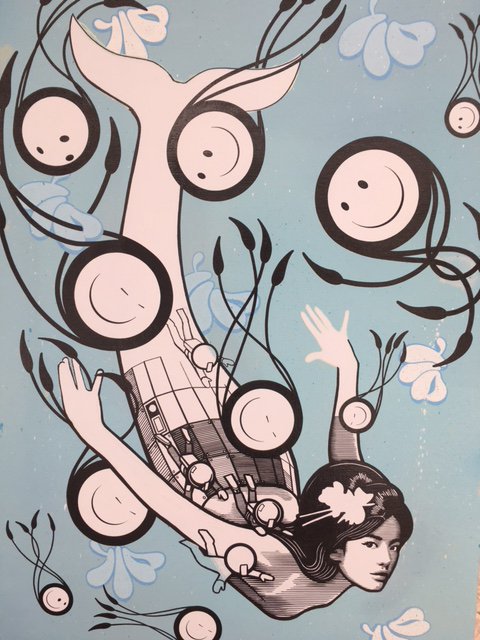 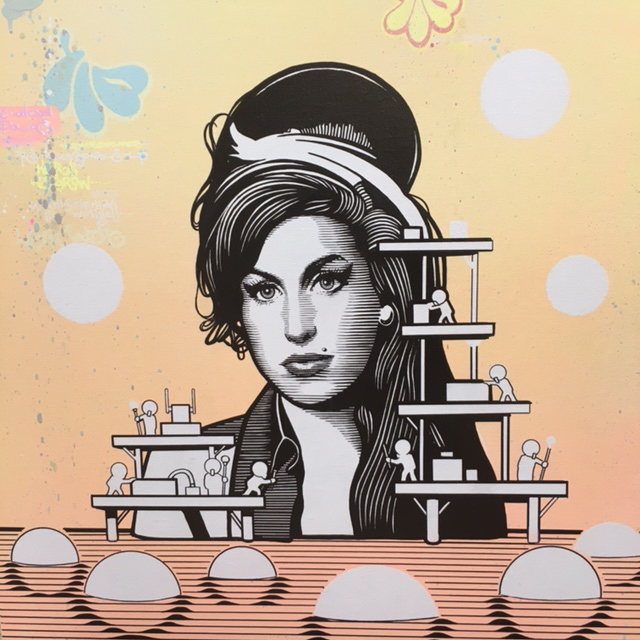